Anyone know of a Script Maker App for Mac OSX?

@559lawndart
I am not sure how to use your solution. If you have time could you post a few more details / commands to run/install. Thanks.

Wow thank you @Mongoose this is actually working!

Now we just need the motion tracking to work as well

It’s not finding the mpv headers, which to me seems like perhaps you’ve missed switching into x86 Rosetta2 mode and installing homebrew again while pretending to be an Intel machine?

Try the following in a Terminal:

Still in the fake-Intel shell, we now want to install the Intel-homebrew version of mpv (and its libraries & headers), which should fix your missing file issue. We’ll call the Intel version of homebrew directly, just to make sure:
/usr/local/Homebrew/bin/brew install mpv

Now, still in the fake-Intel shell, run the rest of the compilation. This will build the Intel version of OpenFunscripter, which is ok because it’ll run fine through Rosetta2 (and the ARM-native version fails to build anyway):
cd ~/OpenFunscripter
cmake -B build
cd build
make

Hope that works for you!

I did exactly as you said, and got the same error.

When it gives the error I was running /usr/local/Homebrew/bin/brew reinstall mpv in the arch -x86_64 /bin/bash terminal.

When I opened a new terminal and ran /usr/local/Homebrew/bin/brew reinstall mpv ,
then the compile worked fine, and I can now open the app.

Thanks for the help, now to learn how to write a script in the app.

Oh interesting, thanks for the heads up. Glad to hear you got it working!

Gonna try to get this working after xcode downloads however I have very little experience building anything so we will see how it goes. I am excited if I can get it working so I can help contribute here.

The instructions above do work but I noticed I couldn’t use the VR display mode. I can choose the left or right side, so you can still script with it.

For 2D it works great though, albeit without the motion tracker.

Getting the same error as mentioned above about the headers. I followed your response to sml and got brew is installed and already up to date. I tried using the brew reinstall mvp and get it again after the make command…
I tried sml’s way and I get

Thanks, @559lawndart and @Mongoose - I now have a fully functional version of OFS on my personal dev laptop. My wife will be happy to have one less machine sitting around in the living room.

I have OpenFunscripter 1.4.4 compiled and working.

but neither location results in them showing up in OFS.

Neither “script directory” or “reload scripts” buttons do anything (maybe just work on windows).

This was all the script needed to run error free,
brew install coreutils (gave me realpath, needed by openfunscripter_setup_linux.sh)

By the by, this will attempt to install Xcode Command Line tools. If you are using an older version of MacOS, the current version is incompatible. It won’t install it, but it won’t give you an understandable error, either, it will just time out. To get it for Big Sur, you can sign into Apple Developer Tools at this link: 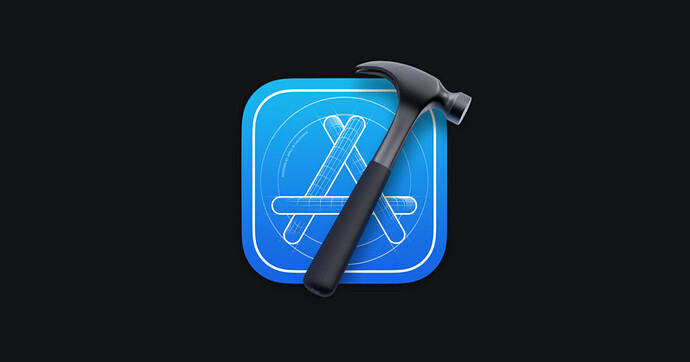 You can use your existing AppleID but it will ask you to agree to the Developer T&C. Once you do that, you can use this link:

to get a .dmg that has the tools. Install them, and then the git command will work.

Everyone who have issues with client.h try this:

Also for those who use ports. You need to install mpv this way: