I cant wait for future Sextoys like the OSR 2 with 3d Motion and a Belt.

IF someone “MacGyvers” this, would love to learn the Details…as in case of Keon, the moving part is WITHIN the device and not next to it like in case of the Handy, i don’t know how one could manage this. One would need an additional belt to attach the Handy also to the hips to prevent, that the device is moving instead of the stroker…

Haven’t tried it myself but there is a 3D printable part where you can attach the bottom of TheHandy to a belt. 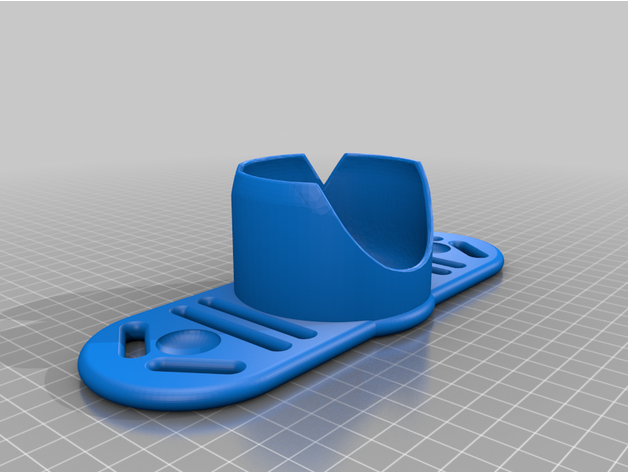 Wrap a blanket around your lower half making sure the ends are behind you, sit down and then slowly loosen the blanket so you have some lax in the blanket. Once there’s enough space to squeeze the keon in, prop it in place and if need be tighten the blanket a bit more.

Won’t that stop the feel stroker from rising?

You can cradle it on the back at the top, you don’t have to cover the device completely.

Well it turns out that now someone actually made a Belt for the Kiiroo, which is awesome. I already ordered one.
Here is a price-comparison link from German Stores: https://geizhals.de/3549173528

i got it today, tested it and its really bad. its not stabilized well so it falls sideaways. i only tested it in a lieing position, might work in standing or sitting but thats not what i wanted it for…

Maybe you guys got an idea on how to make it more stabilized ?

Okay so for those intersted,

I used the Belt and tied it around a pillow and it actually works really well. You have to have a tougher pillow for it to work though, so it is stable enough. I saw that Kiiroo offers a Pillow-Belt combination ( which is why i even came to this idea) , but i think its heavily overpriced and i would rather go with the neck belt and use an own pillow.

Here is my solution Keon Hands Free Ideas? - #5 by Albinosau