Can one convert a .json file to funscript?

I have a Lovense toy. The lovens app lets one create a pattern. So I have been creating dynamic patterns as I watch a video, to match movements etc. I discovered that I can export the pattern. The export creates a .json file, which is a text file. Is there a way to convert this json file to a funscript file so I can use multiplayer or script player to control the toy while the video plays? below is a snip of a test .json file. I have deleted a lot of lines to make it fit on the screen. But this should give one an idea of the format. 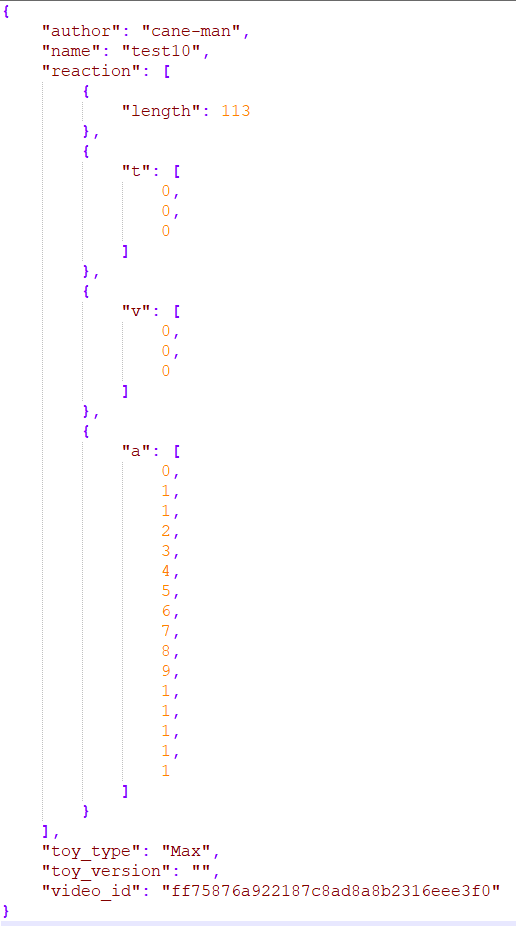 . It seems JSON can have more than 1 format. Funscript is techincally a JSON file. There is a JSON to Funscript converter HERE but it says the source txt file needs to be in a “json funscript format” whatever that is. I have seen funscripts in 2 different formats and neither of them look like your source but I think it would be worth a try and hope to get lucky.

Json is a convenient and generic way of transforming data into a text format that can easily be transferred and then transformed back into data on the receiving side. It was originally made to work well with javascript programming, but it works with most programming languages today.

In layman’s terms you could compare it to an alphabet where letters can can be combined it into words in different languages. However, to understand the meaning of the words you need to understand the language in the first place.

I only understand English. This is not English.

forget the term “json”, both your export and funscripts are “json” files so it’s like asking if someone can convert a text file to a text file.

What you need is a way to convert whatever those lovense patterns mean into a pattern that works in a funscript. Funscript patterns involve a bunch of (basically) timestamps with a vertical position (how high the arm is on the Handy at that point in time). In a funscript the vertical position is defined by a number between 0 and 100 with 0 being all the way down and 100 being all the way up.

I’ll try that. thanks