Strictly speaking this doesn’t have anything to do with scripts, but it relates to some of the videos posted here and I figured it wouldn’t be a bad place to ask.

However, on some sites like porntrex that I’ve seen posted here with some scripts, the videos are simply 16:9 videos that have been split into two side-by-side 8:9 videos that are slightly different for each eye, but there’s no icon to initiate the Cardboard VR mode and it just plays as a static, split-screen video.

I’ve been googling how to do this and Cardboard VR forums are so dead at this point that I cannot for the life of me figure out what I’m doing wrong. Help would be very appreciated.

i only tried a cardboard once a long time ago (my phone was too slow for it) so im not a pro but it sounds like it doesnt have the right name and the app doesnt know its a 3d vr vid. most VR sets needs a certain info at the end of the name. like _180_sbs or 180x180x180 LR and i think your phone needs something similar and the second site doesnt have that.
so try to find what cardboard needs

I started out with cardboard. My advice, get a Oculus. Even if its just the Go and not the Quest you will have a much better experience. 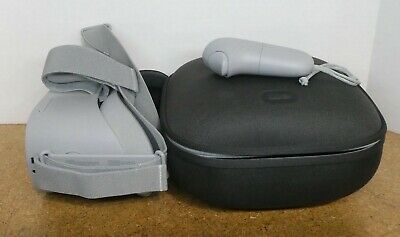 Oculus Go Standalone VR Headset With Controller And Case No Batteries For...

The item up for sale is not tested for functionality as we do not have the capability to test; Unit has been inspected and the results are as follows. (1) O culus Go Standalone VR Headset. The item would then stay with a dark screen til the power...

Or if you’re interested, I have one you can buy.

Which apps would you recommend for playing content on this device?

Does Skybox for Go support funscripts?

I’ll probably upgrade to an Oculus Quest 2 in the near future, but I was just wondering for playing videos on my Cardboard in the meantime.

For a concrete example, look at this video:
https://www.porntrex.com/video/1983336/moona-snake-i-see-you-ve-found-your-gift-1440

When I open it on my phone, there’s no cardboard icon to press. Is there no way to stream this video in VR?

No skybox is just for viewing