@Midevil Can’t you do this already with bookmarks?
The UI needs some work but you can create bookmark ranges.
However the amount of text you can attach is fairly limited

@IsaacNewtongue I added it for the next release.

running into an issue. The intervals keep switching on me and is affecting scripting.
I don’t know why but this keeps occurring to me when I’m scripting.

can I get some help or does someone know what’s going on?

It’s using whatever framerate the player is reporting which is based on this property estimated-vf-fps.

You may want to re-encode the video using a constant framerate.

I see, i’ll try to reecode. I swear I always get buggy vids whenever I download from eporner

Hello there. I have been using OFS for some time, usually to script pmvs, and I only JUST NOW learned that there is a tempo and “script by measure” setting, which is awesome, but I was wondering if there’s any possibility of adding quantization to it? I’m not sure if you’re familiar with the term, but what happens with quantization is that if you are close to - but not exactly on a beat - the code places your input onto the beat, defined by weather or not its on 4ths or 8ths or 16ths or whatever. I have zero clue how to code anything. I think I got a hello world once. I don’t know if something like this is easy or extremely complex, but I think it would be an awesome addition if at all possible.

I think the dependancy on video framerate should be possible to be overridden (idealy even runtime). In general the higher the framerate the better the scripting accuracy becomes, and if the video is 25fps this is very limiting.

Sure, i can get around this by just converting the video to a diffirent framerate (for scripting the actual quality of the video doesnt matter so any losses her are just acceptable), and then use that video for scripting. But this is just is just an overkill workaround.

While for slower videos the accuracy it might not matter. For PMV videos it will as vibration patterns can use these FPS varieties a lot. But even then, i had 25 fps videos where a full stroke only takes 6.5 frames and the speeds were reaching device limits. Being able to use that 6.5 frames (by going to 50fps and use 13 instead), would have made things a lot easier to limit speeds.

I have no file/open existing option in OFS 2.0 was this feature removed? I see in the tutorial for 1.1.5 that its there. EDIT: I found it.

Guys, I can’t import in OFS a created script into another application.
If you look inside the file, everything seems fine, but it gives an error on import.
VRHush_From_The_Vault_Dani_Daniels.pitch.funscript (599.3 KB)

You can’t import it by itself. It requires a video.
In this case it would look for a video named VRHush_From_The_Vault_Dani_Daniels.pitch

Thank you - it worked.
But how do you interpret the pitch roll, where the yaw and XY movements are? 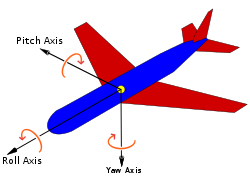 But how do you interpret the pitch roll, where the yaw and XY movements are?

It’s all relative to the device which has to playback the script.
Multi-axis players translate funscripts into TCode and it is specified like this. 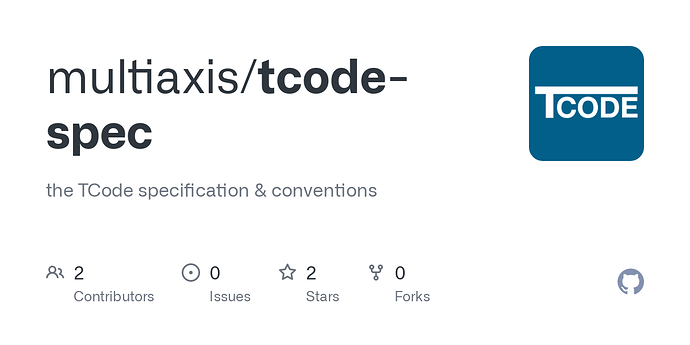 the TCode specification & conventions. Contribute to multiaxis/tcode-spec development by creating an account on GitHub.

TCode is also relative to the device which interprets it.

I understand correctly that there is a multi-axis device, your editor has the ability to create such scripts. But no one knows how it works. Okay - we’ll figure it out

thank you very much!

It would be nice if OpenFunscripter was able to access Scripts by discluding “_i-frames”. So you can drag the i-frames Version and it will detect the fitting Script that matches the Name but not the “_i-frames” at the end. I always check every Script i download with an i-frame Version of the Video to see if its accurate. ( Most of the time i need to move it 1 frame to the right. )

Currenty its like always rename the script with i-frames at the end, change the Script and then renaming it again by deleting the i-frames which gets a bit tideous.

Also I’d like to know if i can disable that OFS creates a new Project-file when i export the script ?

I’m not going to add any name hacks like that.
However using “Export…->Export active script” won’t create a project file as well as giving you the opportunity to remove the “_i-frames” from the filename.
I can remove the project saving from the “Quick export”.

There’s another thing you can do.
Don’t change the name open the script + regular video.
And then go “Project->Pick different media” pick the “i-frame” version of the video.

why not add name hacks like that ? I feel like it would be easy to implement and help everyone quite a bit since everyone works with i-frames version but uses a non i-frames as the final video. And I’d prefer if it doesnt autosave on quick export.

Hi,
Is there a way to output the position data in “real time” on the handy, or at least to test portions of the script without exporting and opening the video and script via an external player?
The best would be to have the mouse tracking or the 2d simulator drive the handy live.
If we could script and test at the same time, even if it’s a bit out of sync, it would be more fun.
Maybe it’s possible to do it with bluetooth via buttplug.io

I just updated after putting it off for months - one thing I noticed is that the look of the heatmaps has changed a bit between my old copy and the new version - they seem blurrier and less clear. What is the cause of this difference?

What is the cause of this difference?

I dialed the detail back because of performance concerns.
I’m not happy with the current implementation of the heatmap.
But I also haven’t heard any complaints (until now) despite it being so bad.

It is possible to have a highly detailed one if I put some extra work into it to make it efficient.
I could add this to the ever increasing backlog.