(Question) Is the handy faster than the launch?

As the title says, is the handy faster than the launch?
I already own a launch but I feel that it’s max speed is a bit too slow for my taste. The launch also can’t really keep up with most of my videos and I was hoping that the handy would solve that. Kinda annoying when it stops stroking everytime the video starts to go fast.

I also noticed that the launch can’t go too slow which is also a bummer and I hope the handy can go slower than the launch too.

Based on the posts, heatmaps and comments I have seen around this site I would say yes.

I cannot speak from experience though as I own an OSR2+. It is faster has twisting, heating and other features.

Hope you can get some more replies.

Handy does not stop if the script is too fast.

Handy can go up to 400mm/s and if your script is faster then the strokes will just get shorter as Handy will switch the direction before it can reach the target position. A full stroke (0-100) will theoretically result in a 50% stroke distance reduction if you double the speed. The problem is that you dont have control in which area the stroke will be. It can be a 0-50 or a 50-100 stroke. Maybe it will be in the middle at 25-75. It’s hard to predict where the stroke area will be because of all the physical variables.

Handy has a lower limit too but you will not notice this. At a manual speed of 0% the speed is still 32mm/s. Thats because Handy can get stuck if you move slower. I have tested this with the API and have seen this behaviour. Thats why I have implemented the speed as percentage and not as an absolute speed value in mm/s which is also supported by the API.

A script can go below this speed limit. For example if you have a 2% stroke difference in 3 seconds. I have seen this a few times when adding jitter to scripts. Handy just get stuck for a moment and needs a few seconds to wake up and notice this. I made a feature in HandyControl that prevents this by default. Never experienced it again. 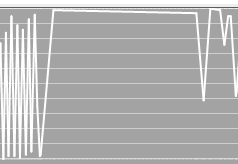 Thank you for the very detailed answer. I’ve decided to buy it and hope that the shipping won’t take too long.

Btw, do you know if the handy could break if I attach a heavier toy to it? I own a Bad Dragon Gala and it weighs almost the same as a fleshlight sleve + plastic case.

A fleshlight works if you can mount it. But the additional weight slows the movement down.

hats off for you mortals looking for faster and faster. It is not like I cant last long with fast movement, I just find fast scripts quite rough. I wish there was an app to smooth out the scripts. But hey, if you can handle it and enjoy it, more power to you!

Note! FunHalver is now obsolete! Its functionality (and more!) is now contained in my new site funscript.io You can read about funscript.io here

Concept FunHalver halves the intensity of .funscripts by changing every up and down stroke into a single direction. This makes the script twice as easy to last through without sacrificing stroke-length or video-synchronization. Main use-cases: Cock Hero and PMV VR and other full-length, intense videos Converting Handy/OSR2 videos for us…

Thanks man - I already use this extensively haha. I was just making an observation on the quest for fast and faster