So I recently got a new PC and can finally explore PC based games and VR. I decided to check out VAM and it’s pretty cool, but difficult to navigate and figure out.

I’m wondering if anyone here is using VAM, and would mind sharing there experience.

I just got VAM today and haven’t really dived into it yet, I checked out the basics and played with the VR side a bit.

I’ve seen in some older posts that it works with the handy. Have you tried this, and is it hard to set up?

Let me know if fellas

VAM in general is pretty complicated, which is the only reason IMO it isn’t more popular than it is.
I’m using a Keon, not a Handy, but the setup should be the same.
I wouldn’t say setup is easy, I recommend you read through the instructions in the git:

GitHub - intiface/VaMSync: VAM Plugin for Strokers and Vibrators, using the...

VAM Launch is old I believe and no longer being developed, VAM Sync is the new one. But just incase I’ll link VAM launch too: 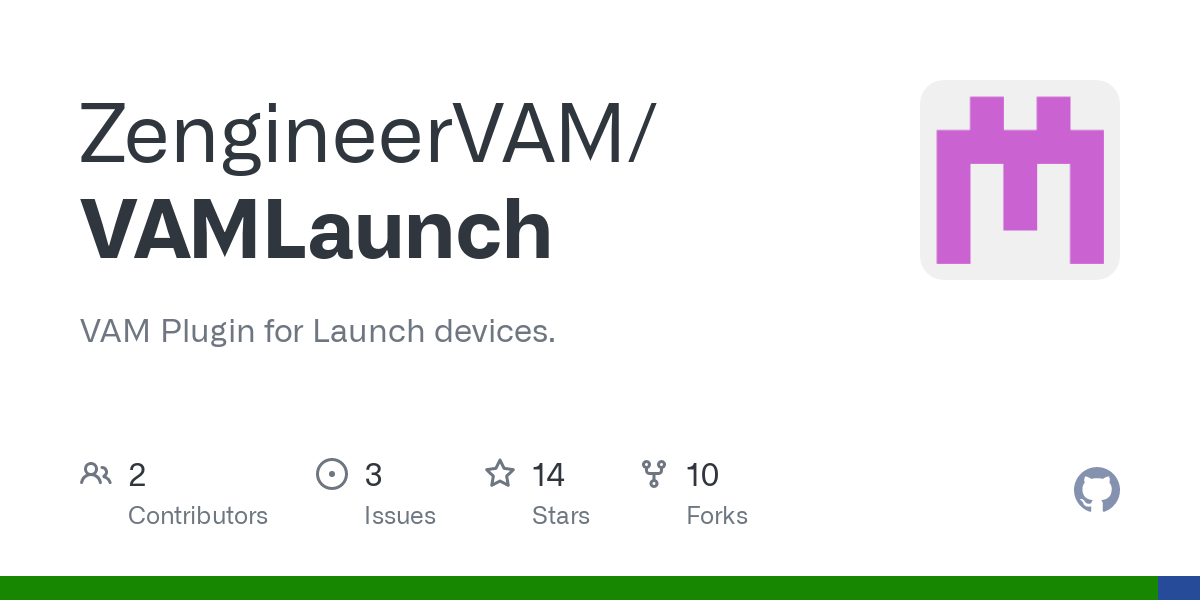 VAM Plugin for Launch devices. Contribute to ZengineerVAM/VAMLaunch development by creating an account on GitHub.

You basically need to install the plugin and VAM Sync server application. Then you would run VAM Sync to connect to your toy the same way if you used any buttplug.io functionality like script player. VAM Sync is a server, so it replaces the need to run Initface.

Most scenes you download wont have the plugin configured by default so you will have to do that.
In my experience though, Influence Zone Mode is the most reliable to get up and running out of the box. For example lets assume it was a handjob scene; to use it you just need to move the zone target to the cock of the atom that is the recipient (resize as required, doesn’t need to fit tightly), and assign the target atom to the atom who is giving the hand job, and the target control would be hand control of said atom.
The pause launch checkbox is ticked by default, so you have to uncheck to get your toy running.

Thanks for the response @Ballow I was pretty sure that not many members were using VAM. Just like I was expecting, this is sounding like more work then I care to to invest in. The tech is cool and has a lot of promise, but I’ll probably just wait until it gets a official release.
In the mean time. Do you have any recommendations to check out? Got a new PC and I’m looking to explore.

Not much I’m afraid in the way of recommendations.
This is a list of basically all the known apps / games with haptic functionality: 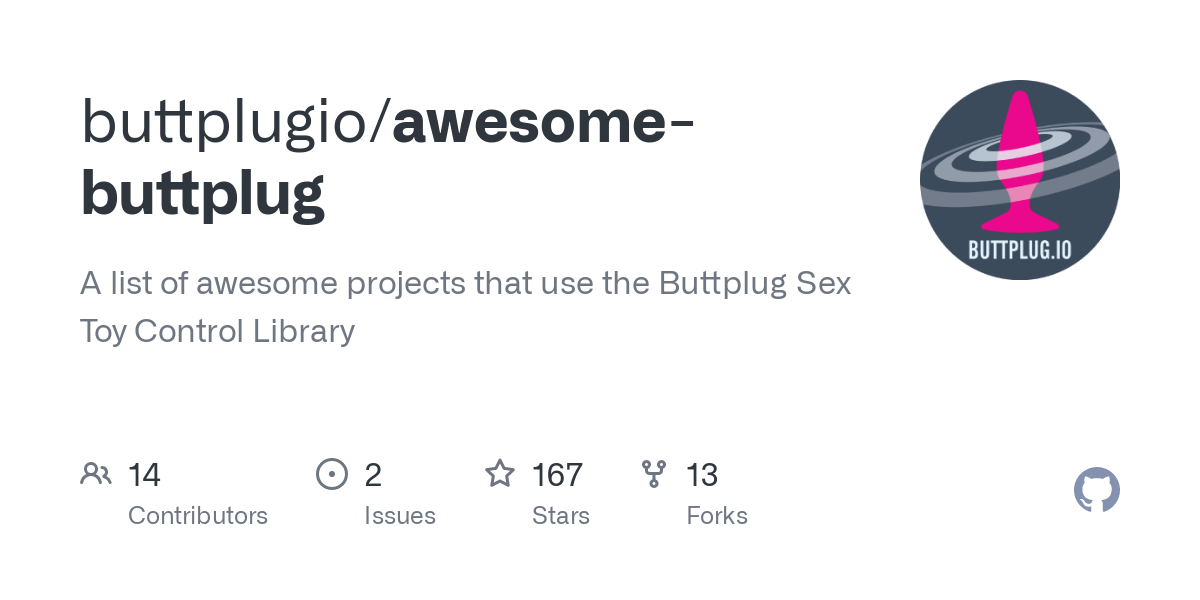 GitHub - buttplugio/awesome-buttplug: A list of awesome projects that use the...

Depending on your PC / graphics card, some of those might be hit or miss. The only one that’s easy to get running and is maybe worth trying is Viro Playspace.
Its not a lot of content, and each DLC cost money. But its pretty polished and doesn’t need a super fancy PC.
It’s on Steam so I picked it up there, but I haven’t checked if there are torrents for it, but I’d guess there is.

The BepInEx ButtPlugin mod is also worth checking out if you are into Illiusion Games. Most have VR mods, Koikatsu is the only one that runs well in VR mode for me. 4chan usually has threads in /h/ for all those games with the repack torrents (full game plus some mods included). You would need to install the ButtPlugin mod, but its probably easier to get that going than VAM. Honey Select 2 is pretty graphic card intensive, so that might be why the VR mode is garbage for me (I have a mid tier card), but its kind of like an easier to use VAM.

HOTVR is probably one to watch, but it’s not at a point that’s playable for me yet. Also on Steam.

@Ballow - I’ve been thinking… VAM/plugins should in theory be able to export generated t-code. Do you think that it would be possible to export VR video in the future with accompanying t-code? Thus, those of us who are too lazy to go through VAM setup can still experience some of the high quality models and scenes? And scripters can take a little break and leverage that automatically generated t-code?

Like @Ballow said, it’s a pretty big hassle to make scenes by yourself in VAM. VAM is very cool though and an unlimited sandbox. The overall details for the characters are great and there are endless customizations.

The devs are working on VAM 2.0, which also will make it easier to make scenes for yourself. But it will be a while, until a public release. Pretty much the whole engine gets changed for VAM 2.0.

Probably. I can’t imagine it would be that hard to modify the plugin to export a funscript.
I’ve been looking at the unity package buttplug released and I was thinking along those lines too actually.

vamX is a plugin set that adds a lot of ease of use features to vam.
It has tons of pregened characters, positions, and scenes.

The tech is cool and has a lot of promise, but I’ll probably just wait until it gets a official release.

That was the best joke ever…

It takes a while to get into VAM but it quite nice in between or if you have some time to play with it a little bit. IMO the best combi is with @Yoooi 's tools and plugins:

With the MultiFunPlayer you control your toy e.g OSR (or Handy should be possible over buttplug) and the model in VAM. The BusDriver basically maps the funscript to the movement of the VAM model. I havn’t tested the last updates regarding the BusDriver/MultiFunPlayer combo but it should do the trick…

I hadn’t so much success using other plugins, which are directly controlling your toy (OSR or Launch). This works best if your scene supports such toys.

That is at least my experience and conclusion. Is funny…makes fun but you need time to get into it.

VAM males my brain bleed. You’re much better off getting Skyrim VR, downloading some hot companions, installing SexLab for VR, and SKStim, IMHO. It may be tricky at first but nothing like the hell that is VAM. 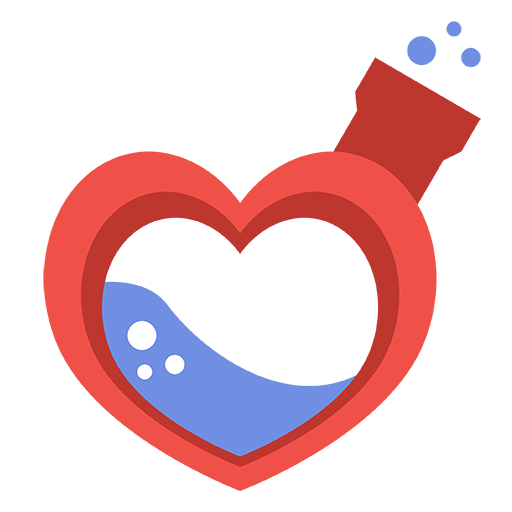 SKStim View File SKStim About: A mod and a sound player application that lets you feel the actions you take in Skyrim via electrical stimulation. Sound based Estim device is required, preferrably stereo. Files were made with Tri-phase setup in mind,...

Oh shit, that’s for estim. I dunno if there is a Handy mod yet. I convert funscripts for estim, so sometimes I forget I’m a stranger in a strange land.