I wasn’t exactly sure if I should post this in the scripts section, so I’ll let the admins decide if they want to move it but I noticed Handy Feeling has an Index of 1773 new scripts that are currently free while the Index is in Beta. Saw it on a reddit comment the day the servers went down and monitored that post for the update when the page would be up.

Download tokens work for free but videos have to be downloaded

How does this work? Does the Handy actually have to be connected at the time through HandyFeeling? Does this actually give you a copy of a script or does it only work for the one time?

Edit: After hooking up the Handy via HF, the answer seems to be that it currently doesn’t work. It went from errors of Unauthorized when it wasn’t connected to lengthy Not Found errors after it was.

This is the worst sort of DRM. Start a countdown for someone figuring out how to fake being a Handy, so they can record the stream details and then rebuild the real script.

This breaks not only editing/modifying by individuals, but it breaks heatmap generation too. So basically, this is a dead end for the user base, and entirely gives all of the power to the studios/Handy. It’s literally enough of a bad idea that it’s going to kill the Handy if it takes over, because the open source dev community will reject this approach, in favor of whoever doesn’t embrace this approach (ie the first OSR/etc to come to market, in competition with the Handy.)

Shame on anyone who helps this happen.

Here’s an example of the bogus funscript generated as a heatmap. The PH scene is 4 minutes 23 seconds long, so they are just shoving encrypted user identifying data into the script. No thank you.

Lest somebody question the above: 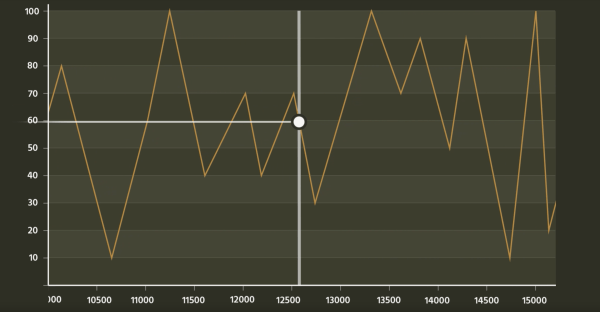 Handy script tokens – what are they and how do they work? – Handy

…once upon a time, in an internet lost in time, we used to use .mkv for everything. Now it ain’t so prevalent, which is a shame, because some of the ‘problems’ that Handy are seeking to ‘solve’ with their DRM tokens can be addressed with mkv.

For example, one could have several different scripts attached to one video, different audio (language / joi’s / popper orientated / hypno / crazy frog / wtvr), selectable subs, differing videos within the file, scene selection, and all that good stuff.

Anybody know why we don’t focus more on .mkv’s in the scripting community? Is it just that ‘industry standard’ has become so ubiquitous that no-one bothers with .mkv any more…?

There seems to be a high correlation between scripts that have been offered here for free or paid previously and ones that appear on handy feeling script index. Have they rescripted all of these or are they just hosting them but claiming they made them?

I was thinking the same thing. @handyAlexander should know.

Have anyone tried this - what is the script quality like?

PH also has some scripts on their own, and while they might overlap, i still think they have their own version. And PH had these for quite a while (i think before the handy even was made, using the launch instead).

To promote the handy, they obviously would need to have scripts to exceed speeds of the launch and rpromote the handy, so its most likely they made them themselves. And with a good production team you can dish out quite a number of scripts (you start with an algorithm and then have someone finetune it manualy), and over years that can add up in numbers.
Dont underestimate the speed at which paid employees can optimize these process (if your job is to make scripts, making over 1 per day is not that difficult as you know all the fine details already, and its unlikely its just 1 person doing this. with 3 people you can end up with several scripts per day, even if they just do this parttime). Its also very likely that they got some extra tools to their disposal for video analysis.

Searching for things like hero, pmv, and some other less common things does not give results, yet is a big portion of the scripts on here. And it makes sense as these videos often involve copyrighted material to which such company doesnt want to relate themselve.

The overlap in which videos are scripted is also for obvious reasons, since you often want to script the more popular videos anyway. So the chance they picked the same video as users on here is simply high. PH might get a lot of videos, but a company like the handy can often get information from PH about popularity to get reliable videos for scripting. They dont need to search in this site to even know that.

The only way to be sure would be to obtain them from both sources and compare them. And i wouldnt be surprised if no overlap would be found.

I would know since I made the site;-)

The site and public tokens are free for Handy users to use for the time being. We do not expect this to change in a year or two. But we want to give a heads up that we might put a small fee on its way into the future (1-2y when the investors want some ROI;-), I will hold them off for a period).

You can rate the scripts there. We want to improve, so please help out here with feedback. We have run the scripts with several test users, and the feedback is pretty good. Still, some things to improve, but overall high quality.

You can request a video. Navigate to request on the index site and enter the URL to the video and we will script it and add it to the index site.

Note that we do scripting for partners and only fill in our “free” time with requested scripts. The script request with the highest upvotes will be next in the queue.

This site is in BETA. It’s full of bugs, the UI is not great, and the browser plugin might not work as expected. Let us know, and we will improve.

The URL will also change.

The site and public tokens are free for Handy users to use for the time being. We do not expect this to change in a year or two. But we want to give a heads up that we might put a small fee on its way into the future (1-2y when the investors want some ROI;-), I will hold them off for a period).

Why not make it part of the deal when buying the handy? A platform like this can be a massive feature for the handy as you no longer have to fully rely on 3rd party sites for content. And even if 3rd party is included here, the QoL of such platform itself can still be a major improvement.

Making it paid will just lure people away towards free sites again.

Investors sometimes should stop thinking that making things paid is a good method. Sometimes the profit of such platform can be made indirectly through device sales.

Maybe. Let’s see if anyone wants this service first and is actually using it.

Just becoming aware of this site myself, I went to check it out. For me, I’m finding that 80%-90% of my attempted downloads fail with a 404 in the error code. Is that maybe because you have paid service scripts intermingled with Free? NA/TNG would make sense with their DreamLover service (vastly overpriced for a successful business model IMO), but any idea why say VRBangers script downloads would also fail?

All scripts except the “premium scripts” can be downloaded on the index site.

Great thanks! Just an FYI, it looks like the VRLatina scripts may fail into the same issue.

Overall pretty cool. I tried a Brazzer video and was surprised it actually picked up the script via the extension and played. I did have to press “reload script” a few times but it worked.

Thank you so much for the feedback<3

Thanks for the quick change.

For the filtering this was more because that on each page load it reloads the page and loads a different set randomly. It’s not really an issue but more of a preference .

There are a few more bugs like going from anypage to Favorites causes the fav page to not show results until you toggle the knobs to rerender the view.

If you want to keep the infinite scrolling, I suggest Vue KeepAlive | Vue.js

You get the advantage of caching routes (which are components) and in turn make less requests and keep the previous scrolling position when going back. FapTap does this.

As an example: You would use this where you have your <router-view> component:

As Vue caches components, you have to use :key=router..... Otherwise /route/1 and /route/2 will return the same state (where 1,2 is a dynamic segment, like /route/:id)

You can also exclude certain components (like the video component for example), but that’s all in the docs.

For keeping the scrolling position of previous routes you can use savedPosition: Scroll Behavior | Vue Router

Also, you should enable gzip/brotli compression. Currently, when first opening the page you download all (?) script meta [https://scripts01.handyfeeling.com/api/script/index/v0/index] which is about 4MB. With gzip you can compress it down and only need to transfer 800KB (80% reduction in traffic)

In terms of feedback from an initial visit, a simple dark theme option to change the white background would be nice to have.