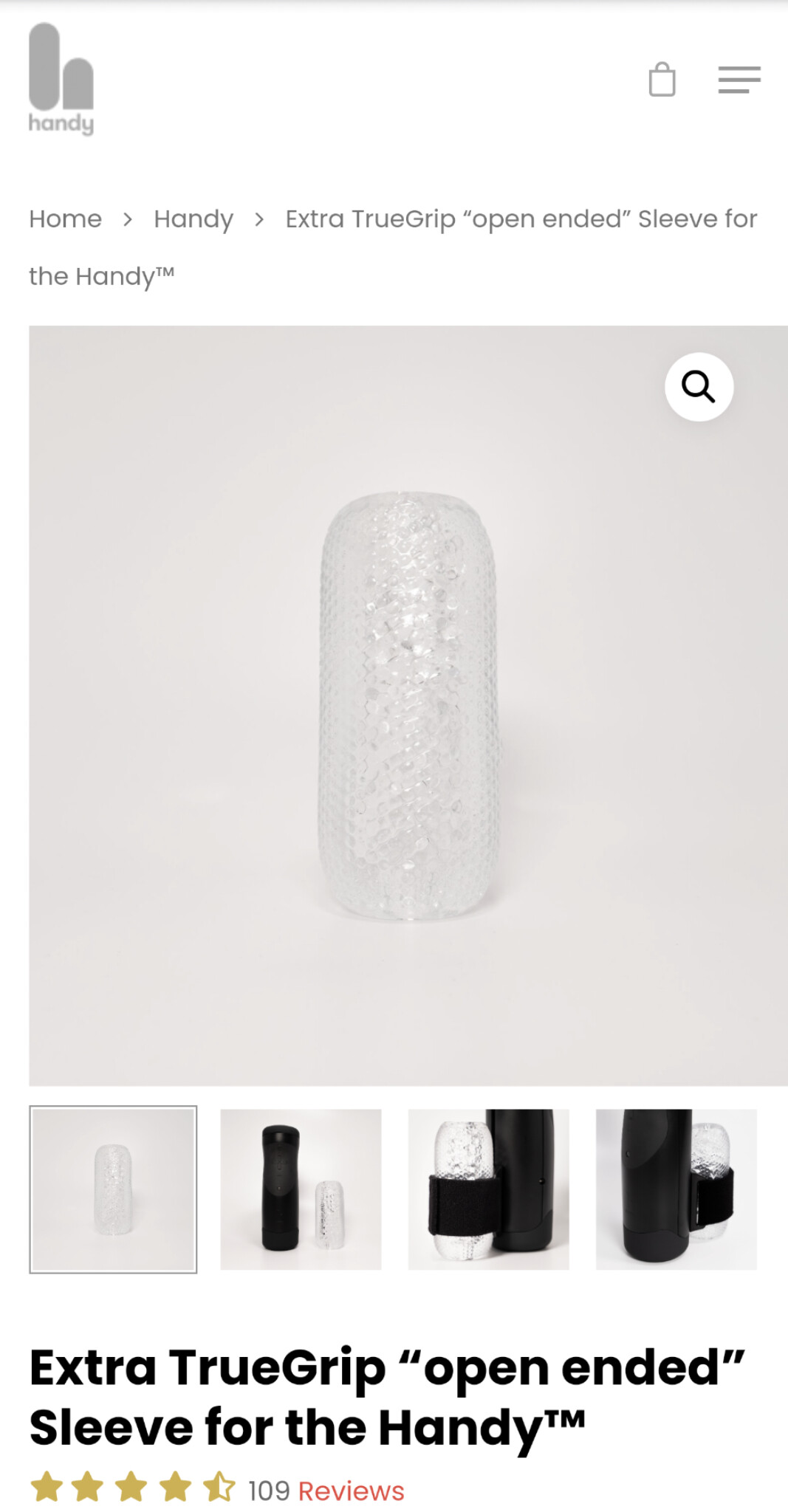 Has anybody purchased one of these? If so would you be willing to post a picture of the texture on the inside? 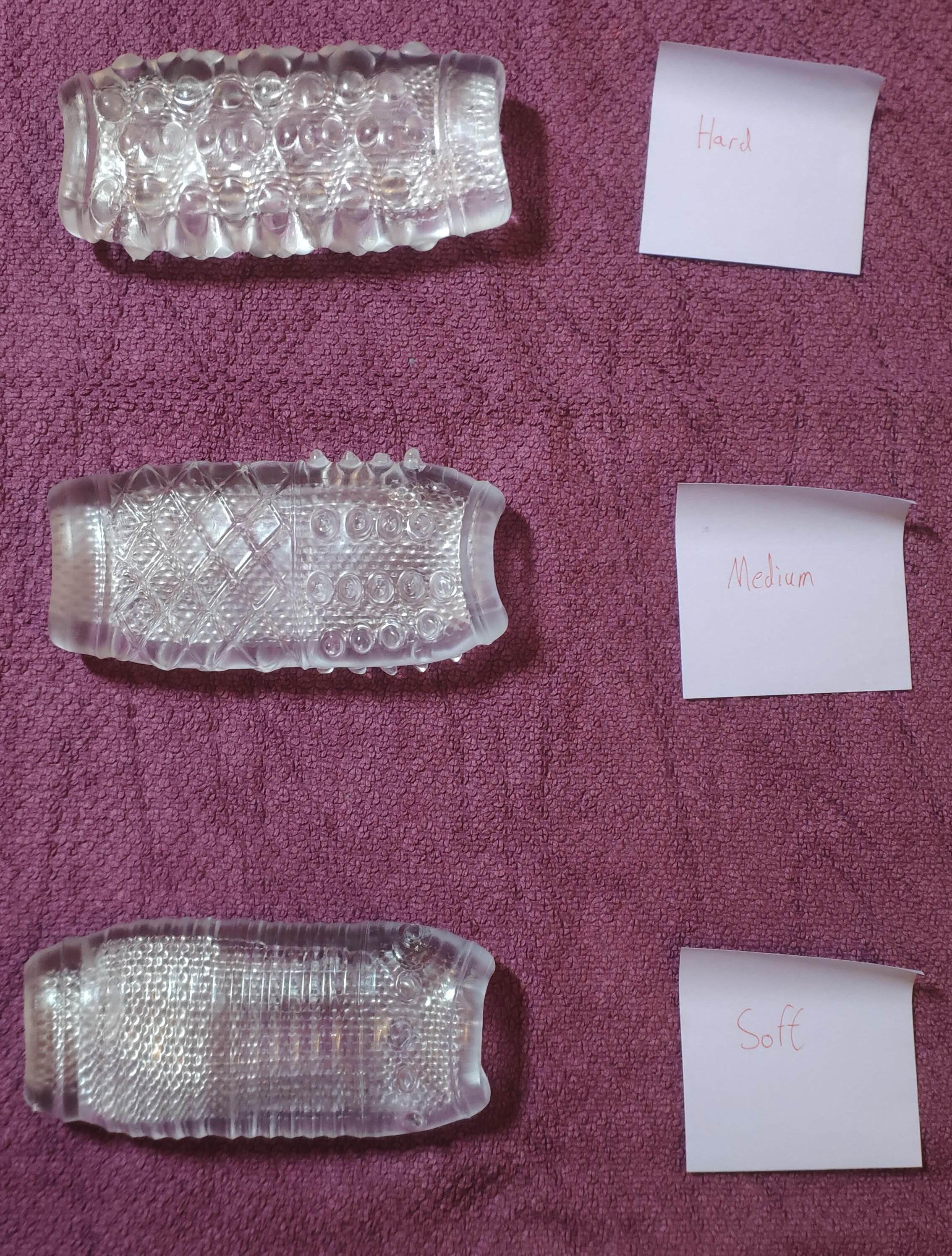 I’m thinking about getting the soft one. Looking at the pic it appears to be ribbed with just a few bumps, is that correct?

Yes, only one ring of bumps on one end.

I can only speak for myself, but…

Medium – OK, but not as good as the original close-ended one.

Hard – Intense, but too far in terms of tightness. This one will basically force its way off if it has a chance. Had to reduce max stroke length to make it usable. Still my favorite of the 3, but the hassle makes it not worth it.

I’ve basically already returned to using only the default. Not a purchase I would make in hindsight.

Thanks for the info

I wasn’t a fan of the original sleeve, it’s ok but could be better. After seeing the pics and reading your input, I think I’m going to pass on these.
Currently I switch between a FL quick shot and this Doc Johnson sleeve I just happen to come across. 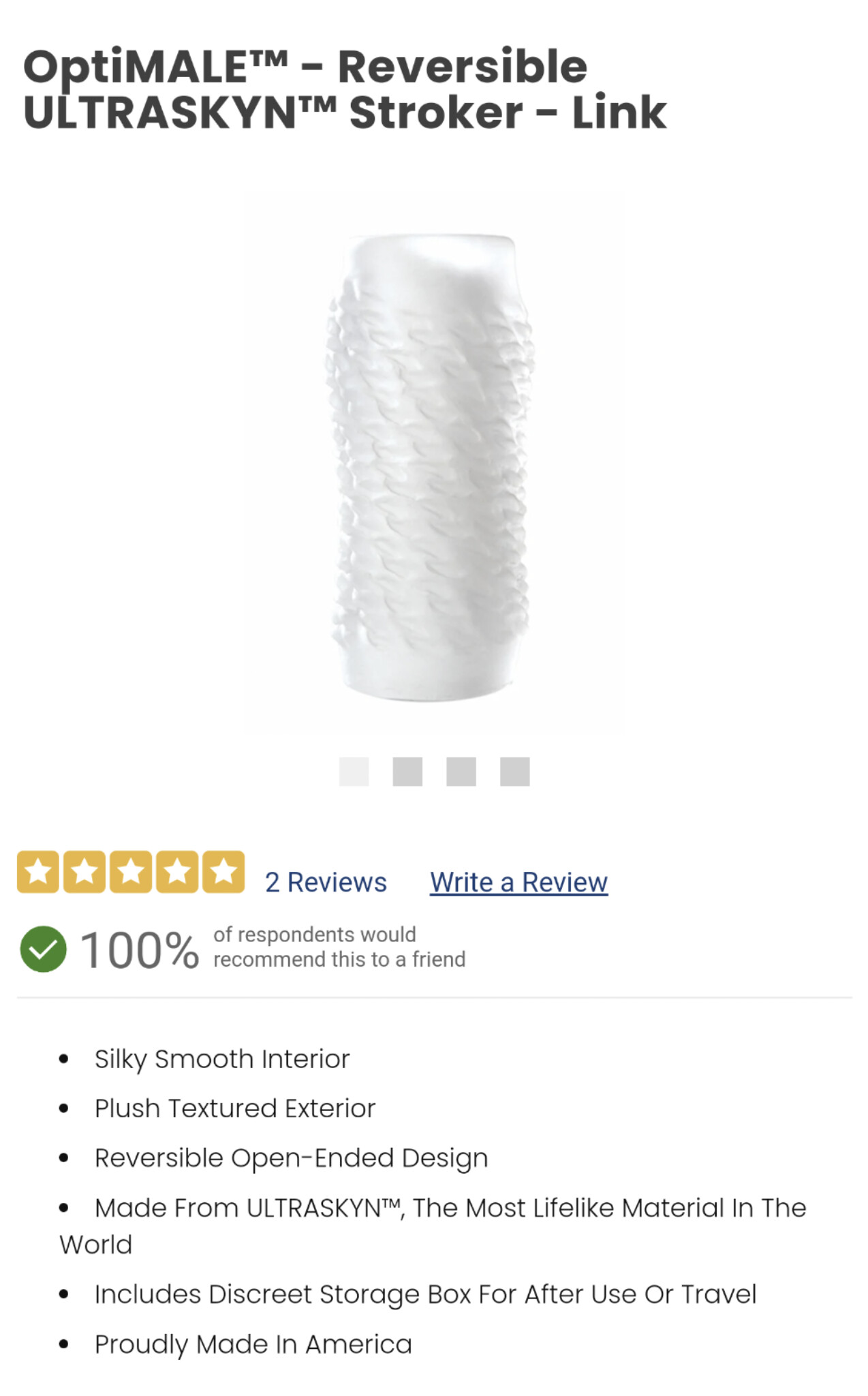 Hey, according to the Handyteam you’ve mixed up the hard one with the medium one.

I’ve ordered the hard one and instead I thought I got the medium one so I talked to them.

Which is a bit weird as the hard one looks more intense somehow on the entire sleeve while the medium one only has the bumps on the top.

If I have mixed up something, I’m sorry

But I am relatively sure that the labeling of the sleaves corresponds to the photo. All were originally packed and unused when I took the photo. Also, you can feel the hardness of the different sleaves relatively well with your hand.

Maybe something was already mixed up during packaging at the factory?

That’s what I thought but he said that your picture was mixed up and that they’re working on a redesign of thehandy.com website, ‘that will illustrate all of this much better.’

Honestly, I tried the proprietary sleeve once or twice and was extremely unsatisfied. After that I eventually made an extension to the base of the handy with a cup full of rocks (lol) and some duct tape. Its now the length of a fleshlight, works perfectly with one and I haven’t looked back. I also had a desk mount 3d printed and bought an ipad arm from Amazon. I feel like a teenager again its so good. Cant wait for more scripts to be released and maybe in a few months I’ll get an OSR2+ for the accuracy, speed and muli-script options.