Funscripts; a slippery slope into the world of sex toys (:

Today I started building an OSR2+ and I found myself chuckling at the slippery slope that brought me to this, so I thought I’d share. For starters, I had really never bought a sex toy until last year. I mean, I had once bought a cheap $20 sleeve I think I used twice and threw away in college back in 2013. But I had never thought much of sex toys in general, and had long written them off as a gimmick to make money off of lonely people.

When I first got the Handy I was not impressed. I could not get the sleeve to stay in the strap longer than two or three strokes and I could not figure out why. I nearly threw it out! But luckily I mentioned my disappointment to my girlfriend, who suggested maybe the problem was that the stock sleeve was too small. I am somewhat large at 7” length and 6” girth. So I went back to Reddit and searched for the best sleeves for large men and came across the Fleshskins Truegrip. It is an open ended, very loose sleeve that even has finger grip holes you can put the strap through so it won’t just fall out. As soon as I switched to this sleeve, I was 100% sold on The Handy and sex toys again.

Shortly after this, I started diving into funscripts here and even made a few of my own via OFS. I’ve never had so much fun with my “me” time, scripting videos, messing around with different mount solutions etc. it’s like a whole new creative outlet. I almost consider it a hobby at this point, as silly as that sounds to me.

A month ago I was thinking about what I was going to do all winter and of course browsing Reddit again when I saw the Ender 3 Pro deal at Micro Center. $100 for a 3d printer! I wasn’t even thinking about this stuff, I just bought it knowing I’d find some use for it. I’ve printed several things for around the house, and of course a few improvements for The Handy, including my own custom mod for the True Grip sleeve.

And this is what has brought me to a problem I am now trying to solve. The Truegrip sleeve is still the only sleeve that I’ve been able to use the Handy with. Unfortunately, I’ve tried a few different sex toys this year (quickshots, fleshlight, random silicone sleeves) and quickly learned sleeves are all just really tight on me. They’re not quite painful, but definitely tight enough the handy motor isn’t even able to move them at all over my big dumb chub. I was trying to think of solutions to this problem and I’ve decided I simply need something with a) more power and b) compatibility with large or custom sleeves I may very well have to make myself out of Jack Its pads and plastic.

So here I am, printing the OSR2+. I’m buying my parts from AliExpress so in total it’s looking like $130 spent total. I’ve also decided to fit my build with EcoBoost servos, which have a fast twitch speed at 21kg of torque to see how they work out. I’m really excited for this project to say the least. 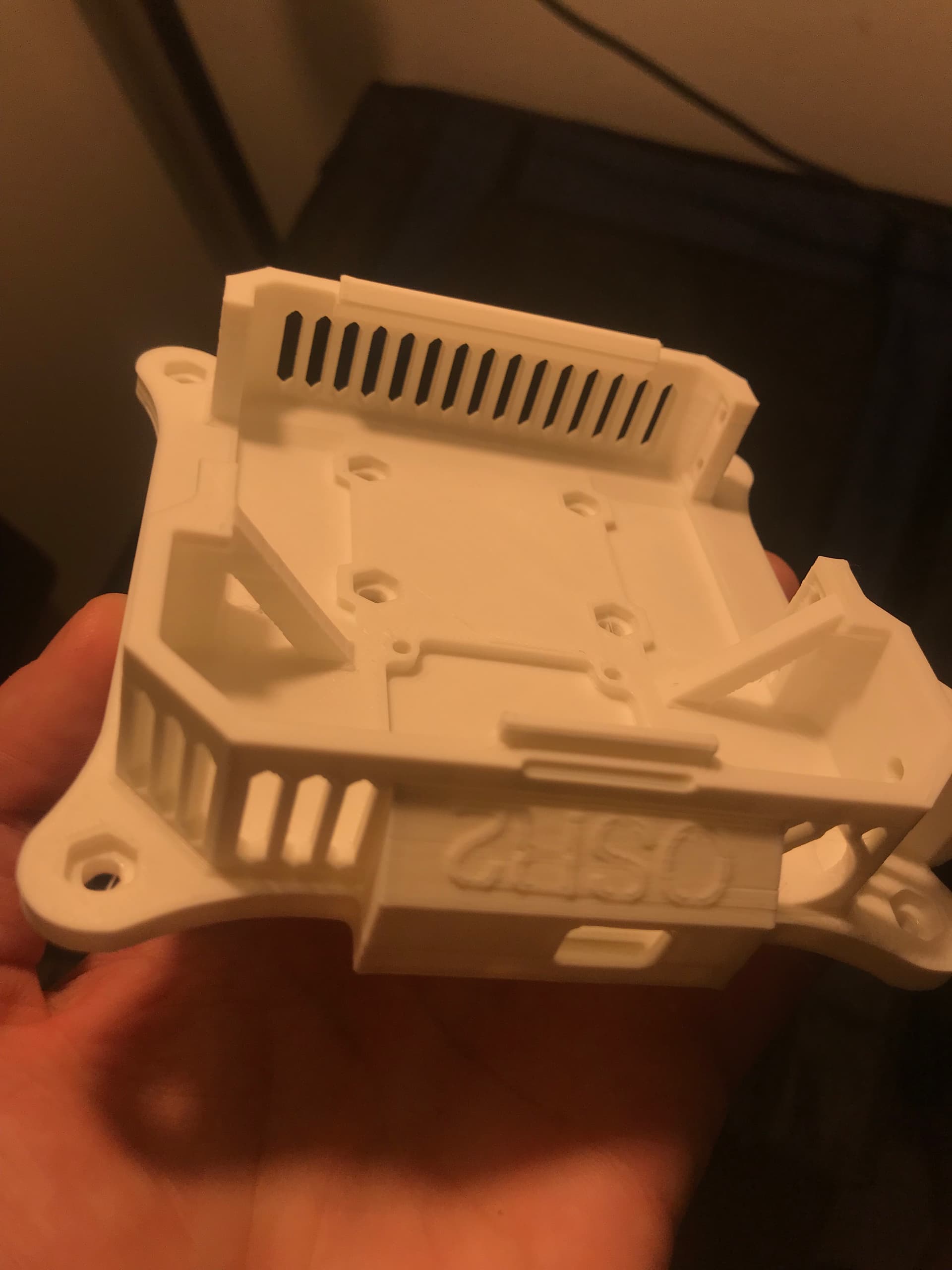 Will eventually join the OSR2+ club

funny i never considered myself large and mine is between 7" and 8" i thought that i was on the tall side of average.
no idea about girth though never measured it.

I also have the same problem with sleeves for the Handy, I found the fleshlight quickshot works well. Just take the sleeve out of the hard plastic shell and strap it in directly. It will accommodate all sizes thanks to its elasticity and open ends.

Remember, Johnny Sins is only 7"

7" … 8" … Feeling inadequate now …
Slowly, as not to attract attention, turns back to all the others in the locker room shower shower…

Actually I am 6+" with larger girth at base and a lot of sleeves are not big enough for me either.
Forget most all that are made outside the USA, like Japan or China as those are especially small.

I feel that, I have a half built mk3s+ laying around. At least I have 2 other working printer