The HereSphere steam beta branch has been updated to support funscripts for the Handy on PC, and is able to use funscripts provided by XBVR directly, without having to use a fallback directory.

Nice! If you could add a “fill gaps with movement” option i could ditch Scriptplayer completely.

In the user configuration I can’t find where to put the Handy key.I don’t see the “Synchronized Periphals” option either.

It should be here (at least in quest version it is): 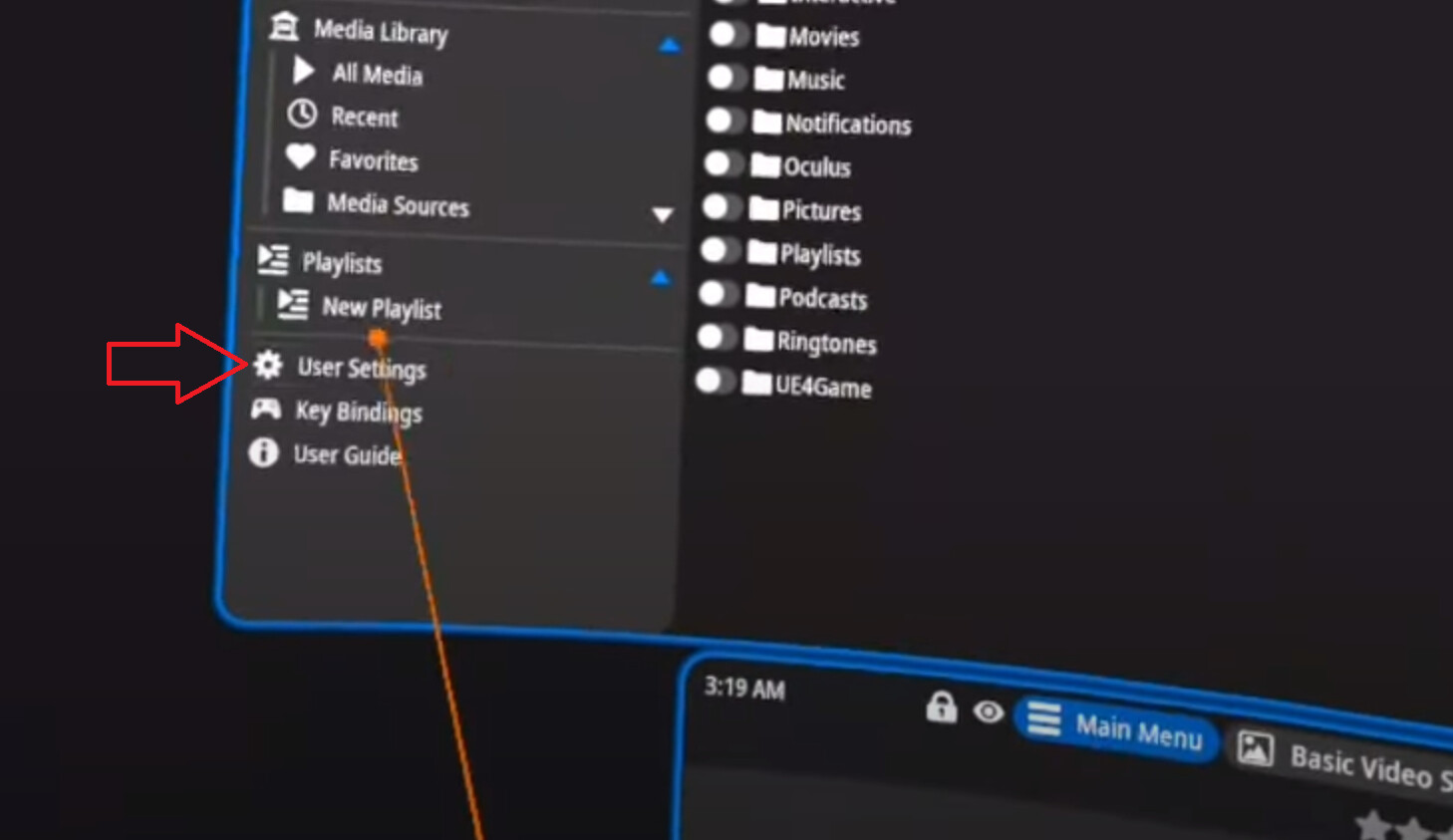 Once you are in the settings “Synchronized Periphals” is somewhere on the right side.

Make sure you’re using the beta version in Steam.
In your Steam library, select HereSphere then Manage button, Properties… and BETAS finally select the beta and the software should update.

Thanks for the help Husky and Alderamin, I had to put it in BETA, then the missing menu appeared, I just had to update the Handy firmware and select the funscripts folder, it’s perfect.

On PC, is there an option to never start a video on startup? I tried to look in the settings but I didn’t find anything.

Situation:
What I usually do is starts HereSphere and JoyFunPlayer on my PC while the audio is going through my speakers, and then I go and put on my Valve Index and activate my headphone, and then I start playing a video, using only the Xbox controller (I don’t even have to use the valve controller).
Once in a while, what happens is a video starts automatically in HereSphere and it plays really really loudly in my PC speakers, with sounds that I would prefer not to be overheard…

Offtopic: something similar happend last week; I was playing some videos on my quest 2 and only after a looooong time did I notice my headphones were unplugged. Everyone knows what I’m up to now for sure.

That’s strange. Videos shouldn’t ever start on startup. You have to select a video before it starts playing. I think there’s a possibility that you’re clicking inside the HereSphere window, which then selects a video to play. Maybe try alt-tabbing after launch so the HereSphere window doesn’t have focus.

Thanks, that might be it, because it doesn’t happen often enough to be totally automatic.

I sometimes try to click on the windows to remove the ‘windows don’t have focus’ message that I get inside the application. I’ll try to alt-tab to HereSphere instead of clicking on it but not do anything else (and learn which key start-stop video instead of panicking and doing a bunch of Alt-F4 and closing half my opened applications