I’ve scripted quite a few 2D video’s and I’m just getting into scripting more VR stuff. However, I’ve noticed that VR videos (obviously) don’t have as smooth playback in OpenFunScripter as 2D vids.

What are some ways to improve playback performance? I’ve tried converting to I-frames using FunExpander, however, this increases the file size from 1.7 GB to nearly 20 GB. Another option would be decreasing the resolution but that would make it harder to script due to the lack of detail.

What do you guys do to improve performance? I’d love to get some input on this!

In my opinion all you need for scripting VR is 1080p @30fps material, but even then you will get size varying up to 10 GB. It’s still worth it for the comfort you get during scripting. After you make a script you will probably delete the converted video anyway and leave the original.

I convert to iFrame 30fps and 1080p in height. In OFS moving to next image is instantaneous

I can only chime in to the choir.
I re-encode my vids to 2048x1024 and that is good enough for scripting. You really don’t need the detail since it’s entire bodies or larger body parts (hands, head) that you are tracking while scripting.

If the studio you’re scripting videos of has “smartphone” versions on their site, those versions are perfect for this. For example, czechvr!

To my surprise, the lower level of detail doesn’t make scripting any harder at all. The motion tracking autoscripter also tracks just as easily.

A program called videoproc will get you file sizes of 700mb to 2 gb files and with hardware decoding it can be converted the longest would be half the length of the video. just a heads up 7k/8k files will not covert using the hardware decoder. 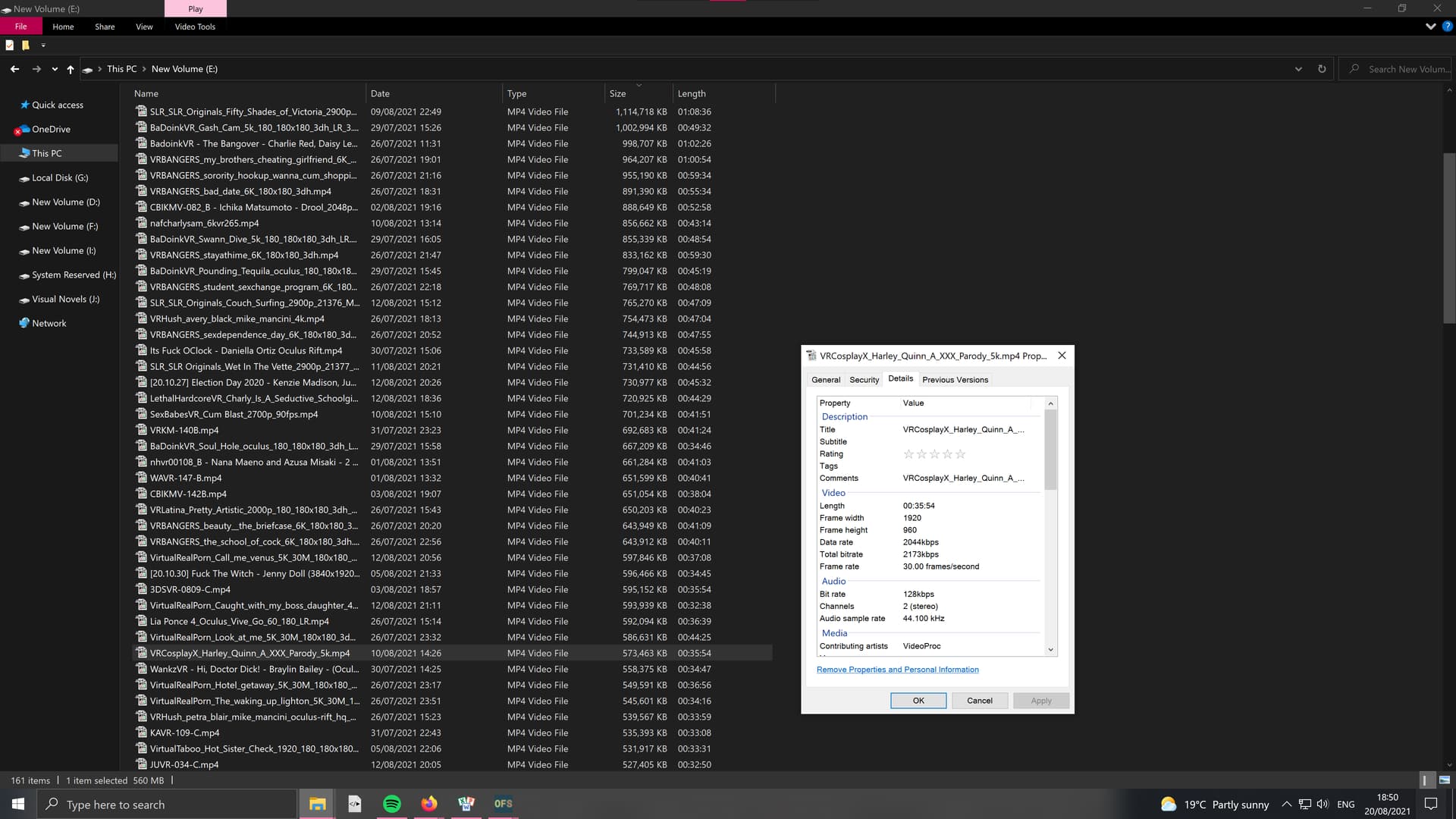