this is a multi handy player, so you can control two handy in sync as one or independent 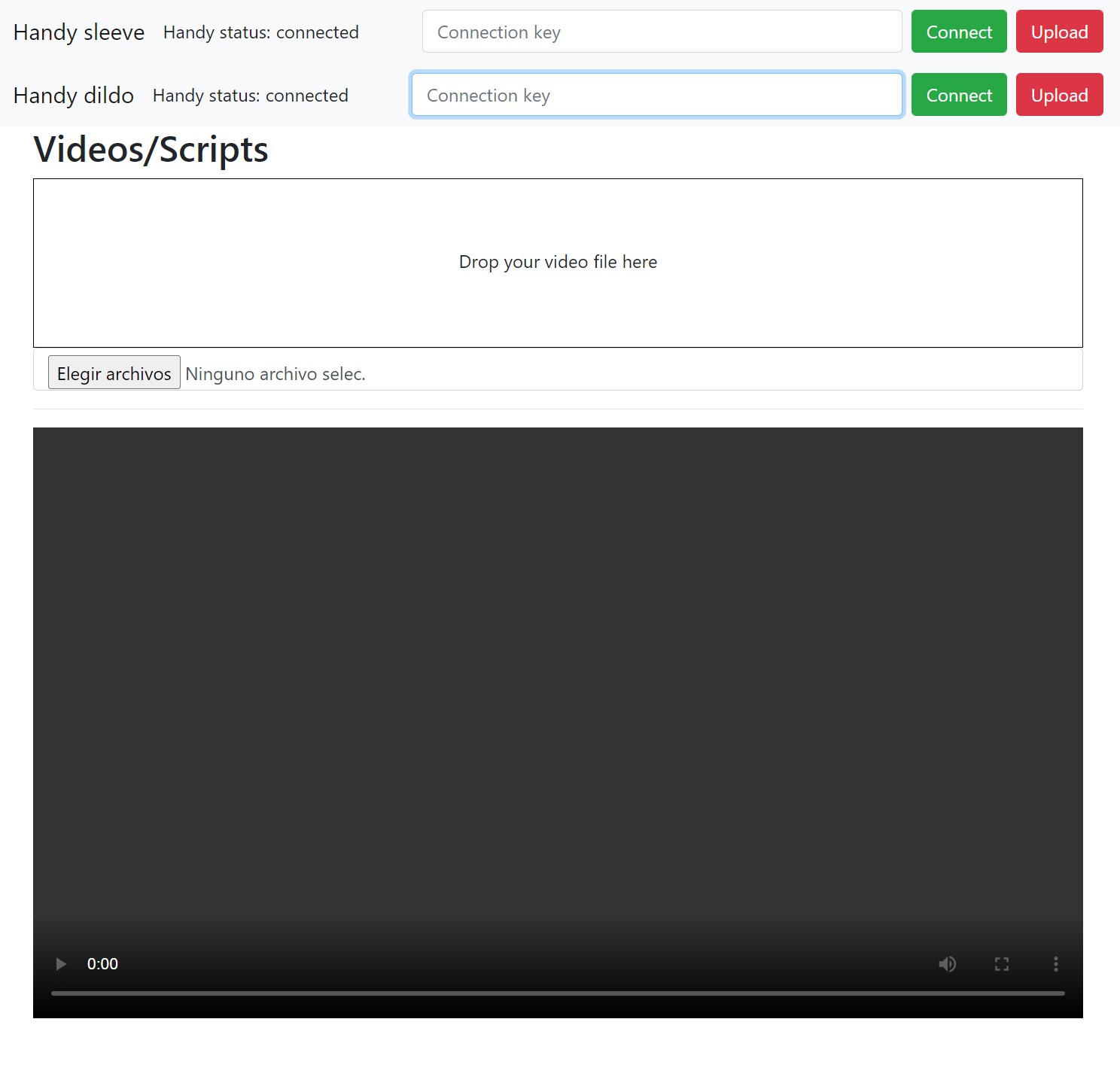 The application has 2 modes of use:

to use it you have to drop a video and a script with exactly the same name.

it is mandatory to drop both scripts.

Any plans to include the Kiiroo Keon?

I’m keen to find something that hooks up to my Mac via web browser!

the player is a single html file, with a couple of lines of code using the handy sdk, if anyone wants to help me to embed some buttplug funscript player on top of it, i’d really appreciate it.
meanwhile I understand that you could also do it with FunMultiPlayer it is in the software section too

Hi, looking to try get this to work for me but it seems my browser won’t connect to the handy(s). it also wont let me load a video to the browser area that says drop video. any suggestions?

ive also ran into some issues trying to get the scriptplayer working for 2 handys but i guess i gotta just figure it out.

hey! try the new link. Download the HTML file from Mega and open in browser

sorry forgot to reply earlier. finally got it working with separate handys hooked up via i think bluetooth connection (pink light). seems to work great, only problem now im encountering is the synching between the devices and the video.

My handys seem to be slightly off, could be bluetooth connection or could just be me thinking that because im running different scripts at the same time. The main issue is i think i have a delay between the video and handys. Im pretty sure the script is timed correctly to the video (used your prior vid/script you made) and theres like a slight lag between them. Do you know of any way to adjust the delay on the devices without manually editing the scripts? or possibly having a delay built into the tool?

Either way, awesome stuff! wish there was more different scripts available to test out

unfortunately with bluetooth not is impossible to synchronize both perfectly, to use them as one.

Something I discovered is that the connection with the handy needs some preheating, so that the 2 handys are well synchronized with the video, I recommend you to play/pause 2 or 3 times, especially if you haven’t touched the controls for several minutes. so they are well synchronized with each other and with the video. You can also refresh the site and re-upload the scripts to both, this makes the handy Sdk recalculate the latency.

did you manage to use my player to use them in sync with each other?

Hi, that works perfect on my notebook. But couln’t you add a file opening dialog? File dropping is not always easy (e. g. smartphone).
Thank you so much!

Many thanks for this really good work you have done on this Web Player.
Could you share with us your “woodwork” as we could see in the video to hold two Handys ? I would like to build some stuff like you did but have no idea how to do it

@dimnogro
Thanks so much man ! This is a masterpiece