I’m trying to find an alternative to SLR Player now that I don’t want to support their website anymore. Don’t want to get into an argument or discussion about any of that, but I was trying to use multifunplayer and buttplug.io to be able to watch VR videos with my funscripts/videos that I’ve purchased or downloaded from the community here, which I’m grateful for.

So I set up buttplug.io using their web tutorial and everything is connected and the Handy oscillates when tested through initface. 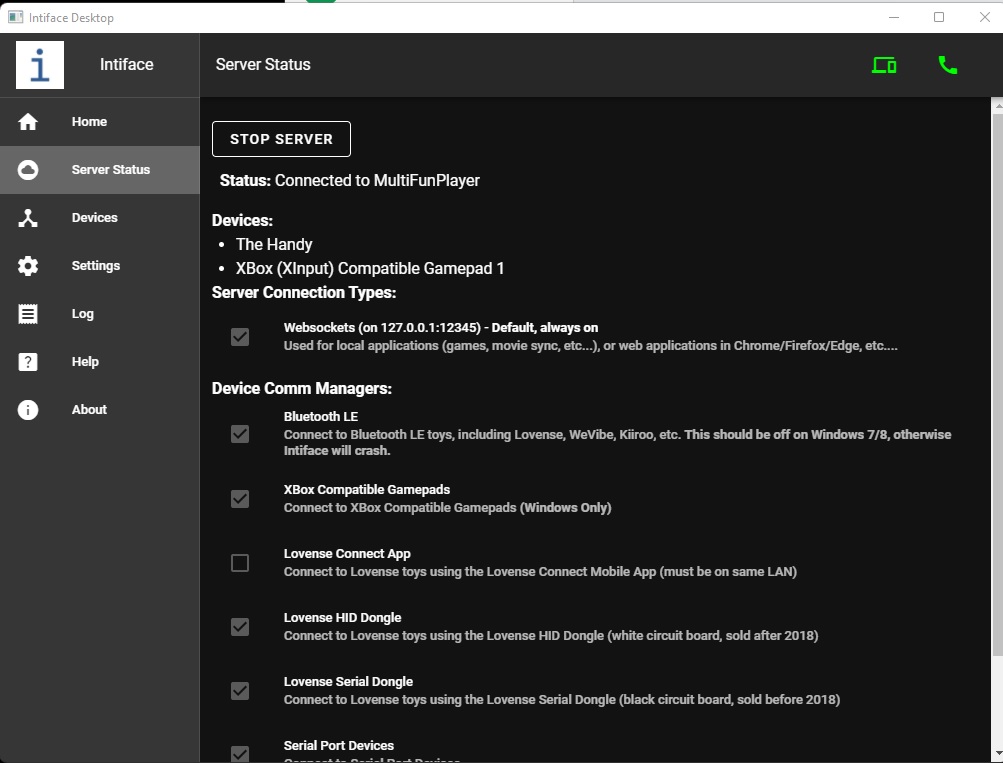 I also went through MFP and set up DeoVR and added a buttplug.io interface, and they say its all connected. 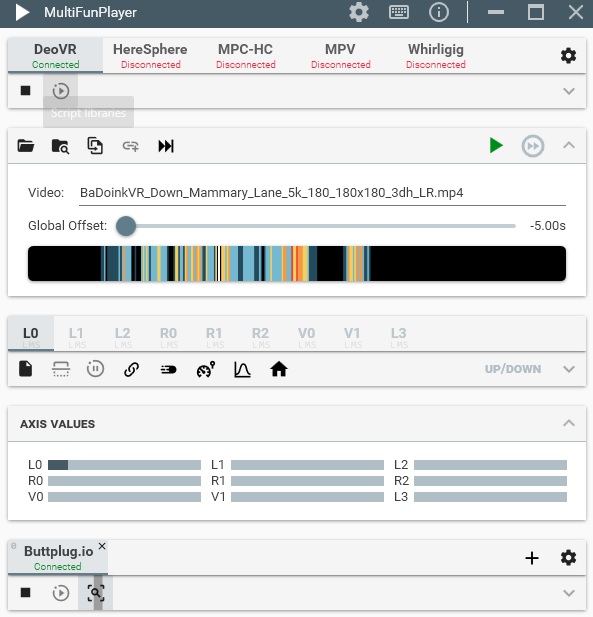 I see the axis values moving, but the Handy does not respond. There is no movement on my Handy at all.

Any ideas on what I’m doing wrong? Thanks in advance

EDIT: Nevermind, I just realized ScriptPlayer has built-in handy support now. So you can easily link the Handy and DeoVR to script player itself and seeking and FF/RW work pretty seamlessly. I was making things more complicated than they needed to be. Post-nut clarity FTW.

For futures sake, you have to manually map buttplug devices to axes in the device map:

You can access device map after expanding buttplug settings with the arrow button on the bottom right.
In your case you would want to map Handy LinearCmd to L0 axis.

Ohhhhhhh! I missed that. Thank you so much. The more options the better.