Scripting - What to do when the movements in the video are too fast for the Handy to handle?

Sometimes there’s only 3 or 4 frames between every movement and the Handy usually can’t handle that, it starts to stutter or fall behind. What’s the best thing to do in this scenario? Just slow down the movements and accept that it’s gonna be inaccurate? Or just deal with the stuttering but have a more accurate script? Let me know, much appreciated!

You have two options: #1) Reduce the length of the stroke #2) Make strokes as fast as the machine can handle (honestly - when strokes are this fast it’s hard to notice when actually using the device)

I find I like the shortened strokes as the first choice but you have to decide if they get just too fast at some point and then slow them down. This should be consistent to a scene but may be changed between scenes. The fast stuff makes your eyes roll back into your head so it is not as critical as you may think while scripting!

If the action is fast, then make the toy go as fast as it can with a full stroke, which will produce the sensation you’re supposed to have at that point.

Going with a shorter stroke is another option, but beyond a certain point, it’s no longer stroking but just jiggling, which doesn’t produce the sensation you’re supposed to have. It’s going to vary by person and sleeve where that line is, but I’d recommend no lower than about 70% of a full stroke.

Here is this just in case you are not able to find a solution:

Most of the time hardware limitations can not be resolved except by replacing the hardware.

Let me know if you have any interest in the OSR2, it is more precise at longer stroke lengths(wont stutter) and can be made to basically vibrate with super short repeated strokes. The scripters are getting super creative in that aspect. So over all smoother and has more functionality. 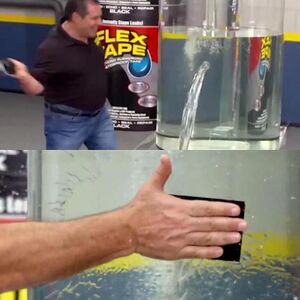 answer you may be looking for:
When I had just started scripting, I was scripting for the FL Launch and my way of dealing with the issue you’re having on that device was to limit the speed of the strokes at the maximum speed (for the launch it was about 400mm/s) but the issue i ran into after that was that for the extremely fast scenes, the stroke distance/length likely won’t be accurate because the shortened(max speed) stroke.
Honestly, there’s not much of a way around it because the other method is to just accept stuttered movement from the toy… and that never makes for an immersive experience.