Anyone got an idea what might be causing this?

Here’s how I hooked everything up: 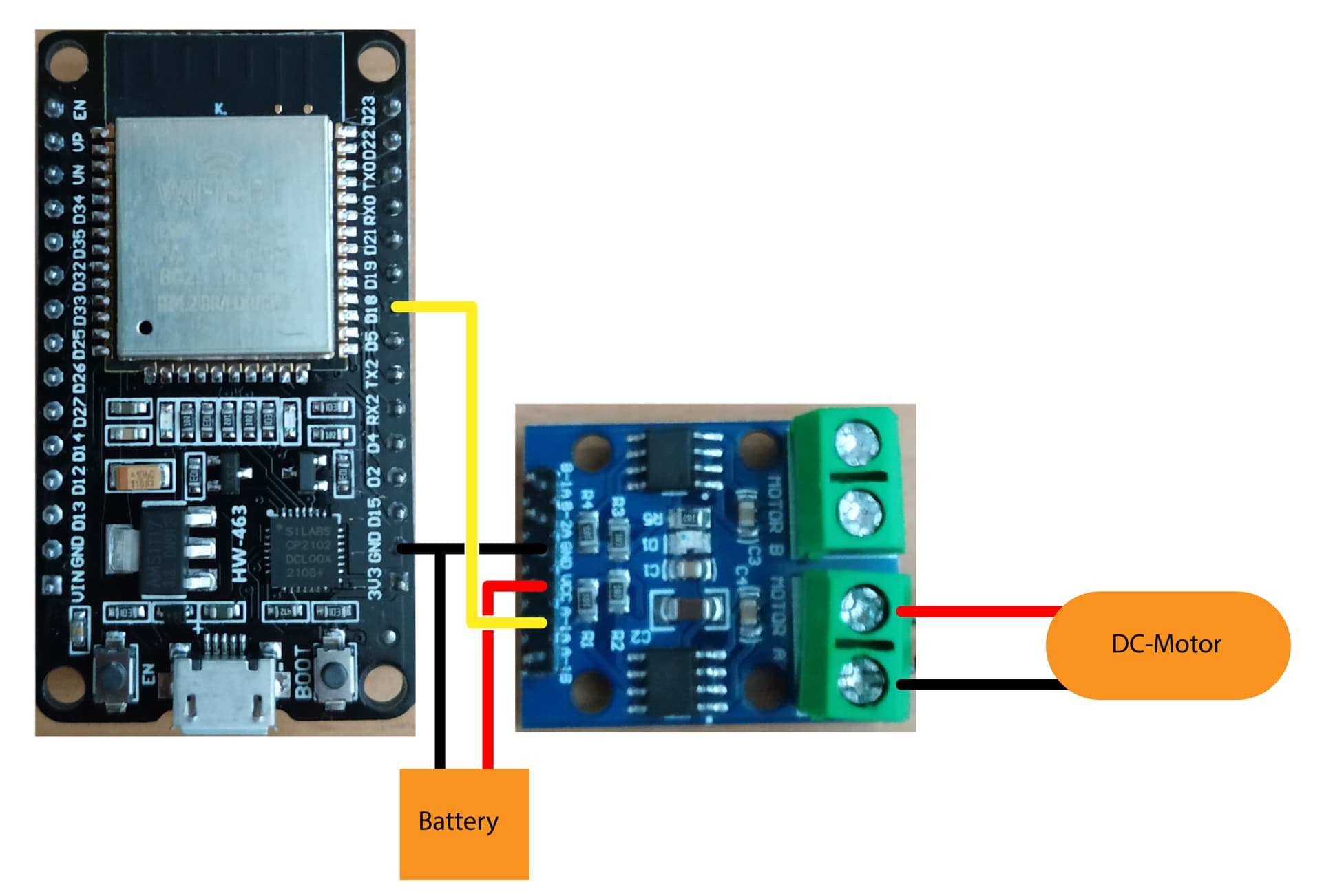 (The ESP32 is connected to my PC with the micro USB. Forgot to add that in the image…)

I already tried the signal cable in A-1B instead and I also tried connecting the DC-motor to to the B-Port (with the signal cable in B-1A/B-2A) but the issue persists.
The D19 pin on the ESP32 (would be the V1 axis) also does the same thing.
It’s also not an issue with the script player/other connected software as this happens even when the ESP32 is just plugged into the USB and not connected to anything yet.