Who the fuck is Brian Sloan, you might ask? Well, Brian is a sex toy designer known best for employing questionable legal and marketing techniques to sell mediocre masturbation devices - most notably his “auto blow” series of toys. And to me it looks like he is now also entering the Patent Troll business, and what that can mean to a community like this or the industry as a whole has very well been documented in the earlier case of the '386 patent killing RealTouch - the very device that started the entire scripting scene as we know it today.
So, here’s the patent application:

A system and method for creating and sharing synchronized video control data tor sexual stimulation devices that allows for automated synchronization with any video of sexual activity and allows for comprehensive personalization and...

What is claimed is:

→ This is basically OpenFunScripter / any other haptic authoring tool.

→ So this is basically THIS VERY FORUM

→ So this is basically Realsync

Claim 5 then describes a method of tagging videos by genre and preference, and claim 6-10 are exactly the same claims like 1-5, but not for the system design, but for the actual methods.

Of course, at this time, it’s unclear if this patent application will be granted, and if yes, if it’s going to be used in a patent troll way. But at the very least, I would bet my behind on Brian’s next toy being the “Autoblow Interactive”.

Surely there is prior art; these tools already exist, and are in the open domain… So he doesn’t have anything novel or inventive to patent, unless he filed before OpenFunScripter / ScriptPlayer / Eroscripts / RealSync were created as far as I can see. In the EU, he wouldn’t be granted a patent, I don’t think…

This is exactly the case as far as I can tell.

It is the same as if someone tried to patent RC cars for example.

If anyone else can chime in though we would all appreciate the information.

Tbh I doubt this will go anywhere.
Where the patent exists the market will always have piracy.
I would argue their attempt would actually be risky considering they could be sued for patent trolling.
Considering the magnitude of prior art this is financial suicide.

Additionally the funscript license is apache2

This file has been truncated. show original

Challenging that will be a considerable amount of legal fees.

I hope this doesn’t go anywhere.

Im no expert or claim any real experience but I have heard of stuff getting slipped by and I hope bc this hobby is so niche that it does not fly under the radar.

Patent trolls have always been a pain. Thankfully judges almost always err to prior art and punish patent trolls. 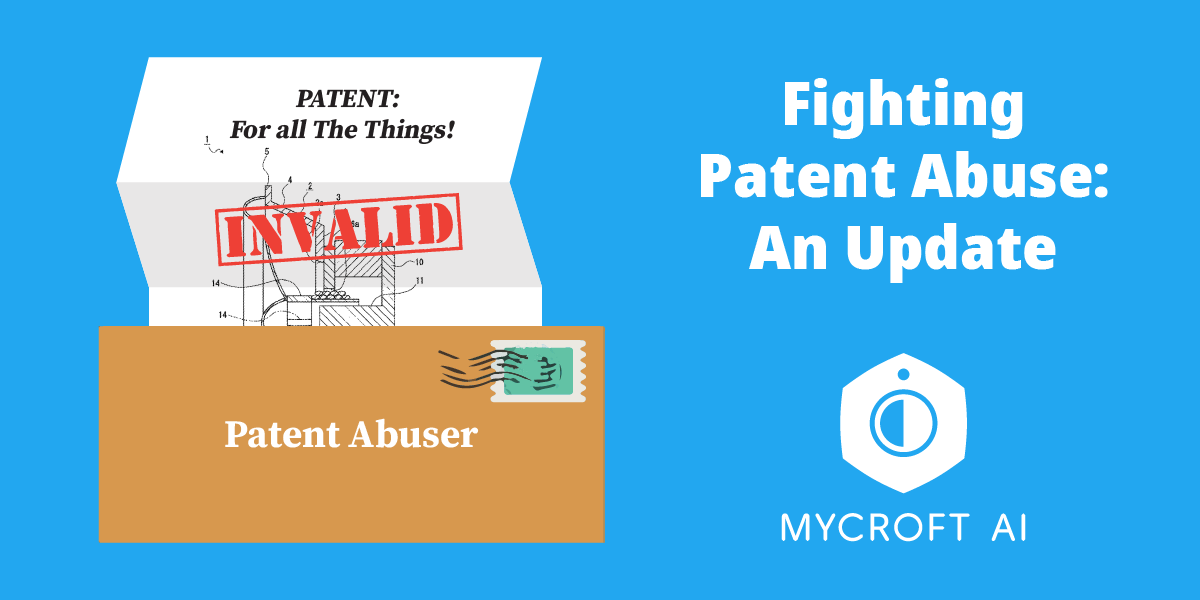 Mycroft is excited to announce that the company’s legal team beat the patent troll.  Again.  For now.  The Federal Court of the Western District of