I’ve built some Angular components (web app tool) which takes one of your computer’s audio devices (system audio / video) and when played a 16 band equalizer shows the decibels of each frequency. Each “band” has a vertical range slider so the user can adjust sensitivity PER band.

This way you can trigger a value when that frequency’s dB peaks into your set range. My thought was that this is the ultimate way to automate funscripting. Even if you fine-tuned it afterwards you’d have a audio-based script to start with.

Also, there seems to be a need for web-based tools since MacOS is like left out of the mix entirely.
Question: are there any web-based tools out there to connect the “peak” score to a funscripter?

So how this should work to create a funscript if you have 16 different triggers?

Maybe the user can select a single band and use the current value as position. The louder the faster the strokes. You could record the values over time to create a speed graph and then use this to build a script.

Or you select one band that fits your sound best (knocking on wood or tapping the microphone) to create a beat in the script with intensity depending on the decibels.

I dont know if there is a app that can do it.

Maybe you can just record the values and create a csv file to download. Then someone can build an importer to create a funscript with it.

In case of OSR maybe 3 bands can be used so each axis gets its own value.

Otherwise once I get the scripting part done there may need to be a way to set time based sensitivity so that part of an audio source can be sensitive to low and other parts are sensitive to high or whatever you want.

For music a user would almost surely want low-end triggers. For voice it becomes more complicated such as all frequencies depending on the voice/sound.

I should address your point about 16 bands. The band with the highest peak score would always have to win if you’re targeting a single haptic value. In the future we could also map a single frequency to one haptic value and another frequency to a different haptic if the device has two. Depending on the device of course but the code could easily do this.

Good idea about the CSV. That’s a great basic way to map this and potentially re-import it into a funscript maker. Oh, of I could simply learn the Funscript standard at that point and simply create it. I think it’s in JSON anyways… But now we’re talking about building the scripting part from scratch…

Either way, this project needs to add scripting to proceed to the next steps. 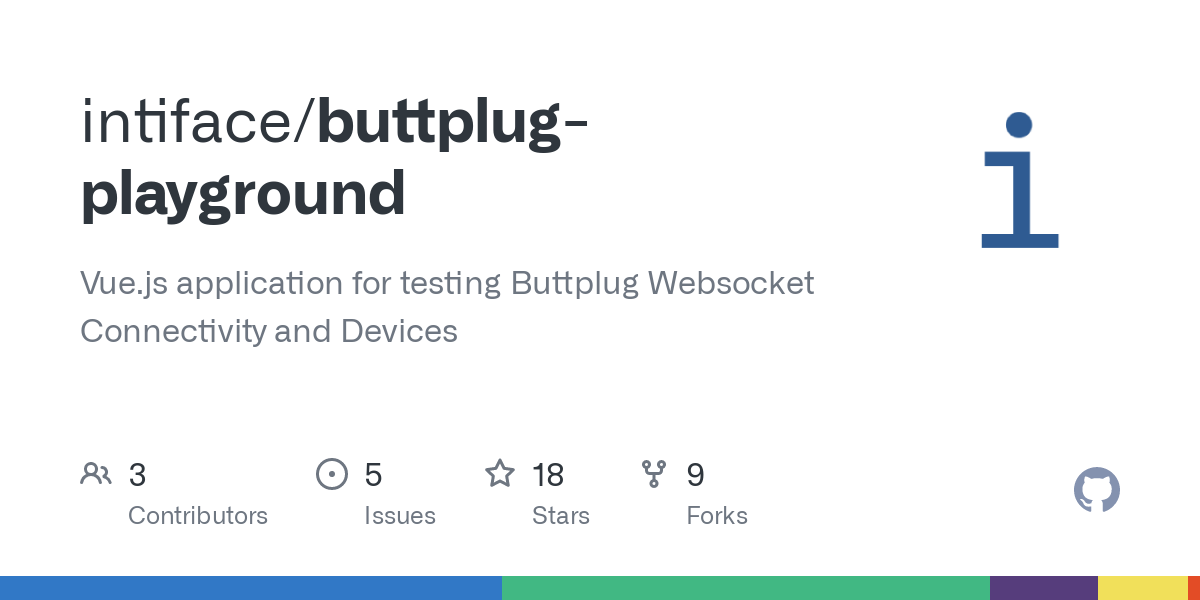 Tool for automatically generate funscript from sound
highfiiv December 22, 2020, 12:54am #5

Yes already there so far no one knows anything about creating funscripts programmatically.

@raser1 I see that your app is PC only butt perhaps you can help us out here with guidance on how to create a web-based Funscript?

After some research it seems that it would be too much work to build a scripter. Do code-projects exist which could map any values to a working script? Since it’s JSON this should be easy…

TypeScript would be a huge win for the community web builders.

It’s taken a lot of work but this project has taken a positive turn.
Audio devices with dB peaks into a frequency by X% triggers 0.0 - 1.0 vibrations. Wow!

I’d like to get more help on this project though. Perhaps help to create automated scripting with a web-based timeline and keyframe editor for creating funscripts.

Maybe start with something more ‘easy’ and just create a record and stop button. While recording you constantly collect one of the frequency values every time they trigger. You get an array with timestamps and position values. After the stop button is pressed you can create the JSON script from your collected values.

Each trigger will create an up and down stroke.

Overshot means that your trigger level is overshot by X%

I dont understand how your values are working so my idea might not fit.

Thanks for the ideas and reply. I like your idea a lot.

Could you show me an example of what the JSON would look like?

You could pull and run the repo very easily if you want to see the values.

One TODO is assigning frequencies to other vib haptics that the device may have.

12 times per second the audio updates and triggers this math.
(not sure yet what the exact number should be)

The original funscript can only handle a single axis with timestamp and stroke position but it could be expanded with own tags. But new tags then also must be supported by other apps.

ScriptPlayer adds RawData and HandyControl and others add MetaData to the script.

You could pull and run the repo very easily if you want to see the values.

Never done this before. I am also not into web programming…

This is a short funscript example with metadata which you can skip if you want. The rest is realy simple JSON.
Example.funscript (2.3 KB)

I have not used this package but it explains how the funscript works. You can ignore the math for now.

You only have to add your data here. 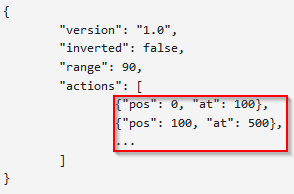 HandyControl also supports the TwinCharger. This toy is a vibration only toy and I use the calculated speed from a funscript as vibration level. If there would be a separate vibration tag with data in a script I could use that if we define a common standard tag.

Just wanted to update.
After getting this working I think that I thought the web audio API would give a LOT better frequency isolation. Instead it seems that it’s basically a huge waveform visualized. Therefore audio is not a good way to do this on the native web. You just get volume control which is kind of lame.

It COULD be a great place to begin for scripting to automate a “first-pass” key placement at obvious highlights.

About scripting
It seems like we’re working at the very beginning of haptic scripting software.
Are you proposing that whatever key/value used for vibration should be uniform across all apps?
Yes! Awesome.
Also it should certainly default to the one and only vibration engine unless an optional key/value assigns it to a second or third vib engine. (should it exist)
I’ll follow your lead on what the keys should be.

I believe Lovense equipment has multiple engines but I could be wrong. Game Controllers too.

Still have no idea how to create keys to actually script other than the obvious D3/Canvas mess which would be an epic project. qdot called it “unmaintainable”. So I’m a little frustrated at this pt.

It seems like we’re working at the very beginning of haptic scripting software.
Are you proposing that whatever key/value used for vibration should be uniform across all apps?
Yes! Awesome.
Also it should certainly default to the one and only vibration engine unless an optional key/value assigns it to a second or third vib engine. (should it exist)
I’ll follow your lead on what the keys should be.

The vibration tag was just an idea. I have no plans to create another tag for now so feel free to create one. Tags are optional. So you can still open the script with the other apps even if they dont support your tag.

You could also make vibrations with the default actions tab by setting the vibration intensity as position value 0-100%. But this way the app must support this and a toy to forward the value. ScriptPlayer supports many toys but i dont know how scripts for vibrating toys look like. Maybe the app just translates the action to an intensity value.

I think we still need a working example to get a feeling whats possible and not to see where this will lead us.

Do you think its possible to get something like an average intensity graph from an audio file?
So you can move the frequency sliders and change the outcome of the shape.

With Photoshop I can get something that gets close to my idea but it takes some time to setup the right filters.

With HandyControl and the Sequencer I can now create a script from the image where speed and stroke range is following the intensity of the audio file. It does not follow the beats as this is not possible with the sequencer. The script is only made of one channel for now. Maybe its possible to use both channels. One for stroke and one for speed.

Maybe this is a nice use case for your new app.

Hi I wanted to reply real quick to your question.
(good concept I believe, avg intensity is probably a nice/usable option)
Yes what I built could likely easily get the average intensity. Why?

which is actually another project, an audio engineering project in itself.

But this way the app must support this and a toy to forward the value.

Arent you using Buttplug for this? It translates on the server so you can send vib messages to any supported toy.

Have I answered anything?

No, HandyControl is not using a Buttplug. I have written an own class to talk to Handy.

On what? I have not continued here. That was just some idea.

dB based movement - Set a minimum db to be the highest position. The maximum can also be set and if the audio dB pass that maximum, the travel speed from up or down is increased or can be anything else really.

and/or take some notes from Audiosurf, no pun intended. The tracks are created thru Bass = bumps. No pun intended again, Track as in racing track.
The intensity, speed, lights of the race track looks like is influenced by how many dB the song has, full on dB = fireworks, low dB = calm. Can take that and translate it to the maximum rage of up and down movements.

@Filt yeah exactly but that’s an audio engineering project. With web we can’t separate sound frequencies well enough to do what you’re saying. If the sound is channeled then of course… But where would youget audio sources like that?

How about syncing a generated funscript with a midi track using ableton link? HandyControl can generate funscripts and midi is super versatile.

This would be the first nsfw use of ableton link