Hi, I just got an idea for a feature that could be added to players. It could be good to add a key that let continue the video but stop the script and then after an other press restart the script at the video position. When you are close it could be better than pause the scene for example in VR. (Maybe I’m wrong and it already exist somewhere ^^)

I use the pause function on my Keon to edge while being able to continue the scene and arousal.

Does your device have one ?

I’m waiting for an OSR2+ so don’t know, I guess no

If you get the OSR with a power buss you will have a kill switch for the action! It is not elegant but it works. You have to be ready to jump when you turn it back on thought.

I am really hoping that when the Nogasm is implemented into the design that it will work somewhat similarly where when approaching orgasm the device will stop but the video will still keep going and then after a certain amount of time it will kick back in.

I made a simple player using python and lib-mpv for the handy that does that. reason for this player was that I didn’t find any good player for my needs on linux so I coded the one I wanted. guess it’s time I share it with everyone.

It’s very bare bones and I will offer very little support for it. but if people want to dig in the code they can go ahead. I’ll make a thread for it today, so keep an eye out.

Hello, as mentioned in this thread: https://discuss.eroscripts.com/t/feature-idea/28757 I am sharing with you all the script player I’ve been using. This is a player I made myself after not finding any good player for Linux that fit my needs. This player requires python and mpv to be installed on your machine. it is also recommended to use it with special actions from your file manager to easily launch it from any video file. seen below. [2021-06-30-163958_472x644_scrot] Here is the readme f…

The nogasm is not yet implemented in any Handy related software isnt it?

Im not yet deep into using the web API but was messing around a bit. Can anyone tell me if its possible to set the stroke lenght or speed back to the one in the script playing or does /setStroke overwrite the script entirely? I was able to play a script on the HandyControl and modify the stroke/speed via my browser. but i didnt quite get it back to “normal”. And does the manipulation of said parameters get the script off sync or does do the beats keep in place?

i will let you know of my idea was successful.

Well its still in development but today i did the first sucsessful test. 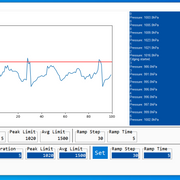 Im to dumb to insert a picture here, so here is the link in the meantime: Unbenannt — ImgBB

Like the nogasm it measures the pressure of the inflatable toy inside your ass. When reaching the peak limit it stops the script play of the HandyControl. After the set duration its starting script play again and increasing the strokelimit from 0-100%

There are still some issues like the GUI losing the focus when the graph is updating. What makes changing the values a bit tricky. But i think more skilled programmers could bring this feature to life in a more professional way than i am with my little python script.

So it sounds like the program does not stop the video or the script, but just deactivates the script for the cool down time. Then when the script is allowed to start again, the machine may jerk to meet where the script is currently.

Exactly. But thats all the Rest API is offering for now.
I recently fixed the issue with the graph and tried anoter “mode”.
Not shutting off the Handy but reducing the speed is even better and works like a charm. If i tested it enoug and refinded the GUI i’ll post the programm here if wanted.