is there a converter for funscripts to estim or do you use funscript on estim
?

I personnaly use this site [(https://cfs6t08p.github.io/funstim/funstim.html)] to convert funscripts into estim mp3 files.

is there a videp player for this?

I personally find CHPlayer found here to be the best option for synchronizing video and estim track playback.

I use a python script that plays a video via VLC, and loads the corresponding funscript. The script sends UDP messages via wifi to my estim device. Messages are either estim on/off, or speed+next position. The estim device firmware keeps track of the position, and generates biphasic pulses where polarity-pulsewidth-current is varied according to the position (through a lookup table), to move the point of highest intensity between the three electodes.
The lookup tables are fine tuned for a specific electrode setup to give the best / most realistic sensation.
So I do not have to convert anything, just using the funscripts the way they are made for the handy.

ScriptPlayer has built in estim funscript functionality, easiest way to play a funscript file in sync with the video and still be able to seek around without trying to sync the time position between a converted MP3 and the video. It also supports using an MP3 from a non-funscript source too. 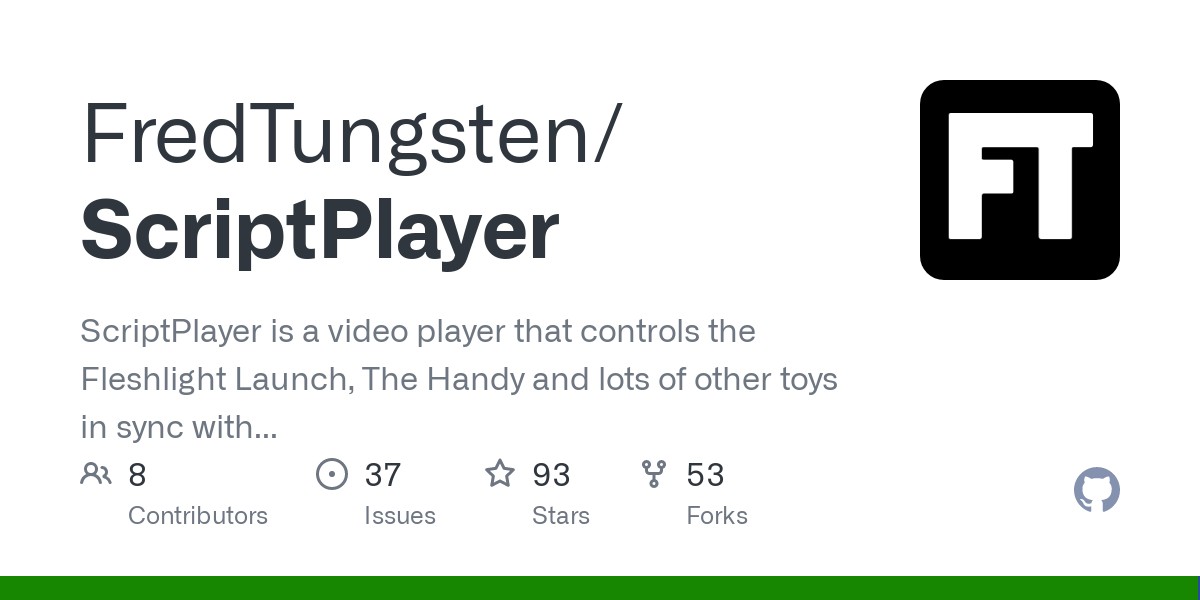 True, but I can tell you from personal experience that the signal does not feel as good as one converted with the tool and played with CHplayer, at least with my setup. I’ve noticed that playing the same converted file on different players also makes the file feel different.For example playing it on VLC by itself, feels different than playing it on CHplayer For me CHplayer feels the best. CHplayer keeps an MP3 and the video file in sync as well. Also scriptplayer likes to play the MP3 file as the video file, when there is a video, mp3 and funscript in the same directory.