It’s more complicated than that.

In general I think free scripting is kinda safe as one can argue “fair use”. Anyway the platform distributing these should be the primary target. I would not expect any further action than cease and desist complaint, though potentially nothing stops from suing both the distributor and the creator. One might look if there were any such cases for subtitles as it sounds similar.

Commercial distribution requires proper copyright in place. Those distributing commercial scripts without proper agreement fall easy prey for litigation by copyright owner. Both the platform and the vendors could be sued for copyright and trademark infringement.

Once again, I do not suggest content owners should necessary go after script creators, but they do have such rights. There are at least two companies in VR known for shady litigations including NaughtyAmerica and WetVR/PornPros (notorious copyright troll).

thanks for the answer, i live in the UK so have no clue where i stand on this, you would think it would be fine as they are free scripts that we are making no money from and in most cases we even promote the site and ask people using the script to purchase the scene to support the company, maybe that would at least be something that is seen as a positive for the company, ive always been under the assumption that if you are making no money for something then copywrite is never an issue, i thought copywrites were only to protect a creators work from others profiting from it, free scripters dont make a penny from anything, its all a very complicated situation really isnt it

Just to give you an example what copyright trolling is about from our experience fighting NaughtyAmerica bogus suit. The point is to use predatory litigation as a leverage to claim damage from unprepared victim. It’s much easier to bring script creators and distribution platform to court than something like this Fox Rothschild and the ‘Dark Art of Copyright Trolling’ (Paywall source: https://www.law.com/2018/07/13/fox-rothschild-and-the-dark-art-of-copyright-trolling/)

Say you are making scripts and put it on sale somewhere without proper contract in place. Copyright owner can potentially bring you to the US court on copyright and trademark infringement grounds. It makes it even worse if you are affiliate of that paysite as most affiliate agreements strictly prohibit making derivatives of any kind, changing or modifying content or using content out of permitted ways (usually limited to putting a banner on the site that you own or something like that), thus immediately putting you in position of contract breach.

Once the lawsuit is filled and you are served as a defendant you have to get into the litigation. If you don’t show up in the court then the case is decided in favor of a plaintiff who filled it. You need to get a lawyer and it’s better to be a good one. Some few people we talked to over the years can make a sense about digital copyright. It costs immediately $30k in retainer to get represented into copyright litigation with legal fees starting from $500/h for a decent lawyer. We were happy to have a very strong legal team that was dedicated to fight the case. Then you can bring all the arguments from the comments for this post into the court.

With the current legal architecture it does not really matter who is right or wrong, but how much money and time you have to fight the case. Normally trolls expect you to settle early in the process and pay a ransom and, say, move them the site and scripts on top of it.

Luckily NaughtyAmerica got severe outcome from that litigation:

As a part of the settlement they required us to keep the case resolution closed, but were told to fuck off, thus you guys can know the story.

I do agree free should not be a problem for creator, but rather a site distributing it. 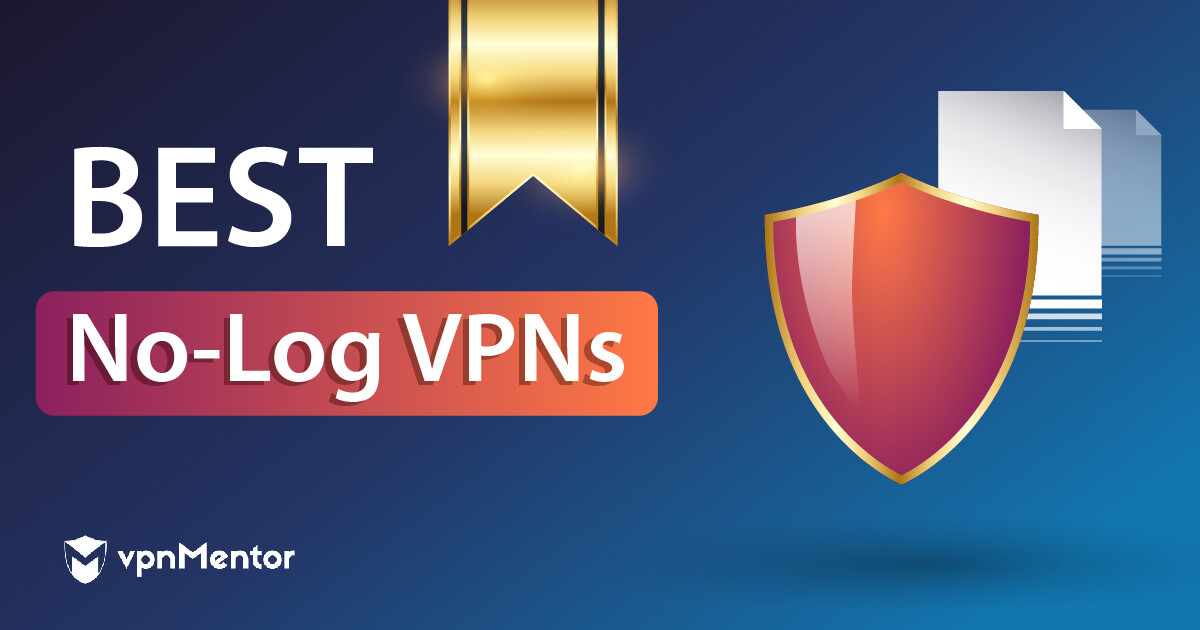 Check out this list of the best no-log VPNs. The best VPNs with no logs protect your privacy, and it’s been proven they won’t store your vital information.

I have been working with copyright cases for close to 15 years now and this is a far stretch. in the current state if someone was to be taken to court for posting a free script of their own creation on this site it would never hold up in court. If they let’s say post the script but also post a mega of the video, than yes they are potentially re-distributing copyrighted content. If any producers or distributors wanted to try to take any action at all they would first need to very clearly provide proper disclosure per a terms of use stating that creating scripts for their video is not allowed. The only case they could make in the current state is if say a company that has scripts available for use felt that someone was taking their scripts then re-distributing it then they could claim copyright, but unless you can show concrete evidence this content was stolen the case would be dismissed.

I know a fair bit about copyright law (in the US) so I’m going to chime in here.

The script themselves are independent works, they can be played interdependently without the video, or along side the video just as I could listen to music along side a video. Just because a script is timed towards a given copyrighted work does not extend the copyright to the script itself. Think of it as a dance to a song, the dance is a separate work, copyright is applied to the dance in a separate manner as the song. You can distribute dance content (without the song) with no issues, just as you can distribute the funscript without the video and the creator of the script maintains copyright over the work.

These are the basic rules, now if you get caught, or if a lawyer will actually go after someone for linking a porntrex video, vs going over porntrex themselves for streaming it? who knows, I just wanted to cover what IS and ISN’T under the law, let me know if you have questions.

I really don’t get the fearmongering in this thread by certain users… Stateside this is a clear cut fair use case… As @vashman said creating a script is like creating a dance for a song… A script can be used freely with or without the video? Which makes it it’s own creation and entity… That’s like saying Haley Sharpe should be sued by Doja Cat for creating the “Say So” dance etc… If that were the case her and millions on tik tok would have also been sued lmaoo

Another aspect is most studios do not offer scripts… Paid or free of any kind… So in turn the use of scripts are not even described in there tos… If anything, scripts here bring more paying traffic to these sites… Paid or free, scripts are a user’s original creation… Which in turn makes it a self contained entity by it’s creator… Which can be used with or without any video… In my case I do them for FREE for enjoyment and as a hobby… For no profit, in the actual hope in someway we do in fact bring traffic to still relatively new VR studios whom I enjoy and want to support…

The only way I can see any illegality would be attaching direct torrents, mega’s, or directly linking to porntrex/pirated content etc… This is a far far stretch to speak to creators in such a way that we might be doing anything in the wrong here… Even if it’s well intentioned… This topic is way out of left field…

Cheers, It’s almost Christmas… This is the last I’ll speak or look upon this topic lol

thanks for this reply though, it gave me some comfort on the issue

I’m not usually one to side with the man on an issue, but in this case I dont think doublevr was trying to say what the result of a copyright claim would be and was saying that some companies (Naughty America specifically) are well known to try there luck and that the American legal system doesn’t care who’s right or wrong, only who has the most money and best lawyers.

He was also recounting personal experience they had dealing with Naught America as a compnay and how litigious they are with Spam suits.

Right to the point.

I’m not sure I understand the chain of events here. Did SLR ever even have scripts from NaughtyAmerica?

Correct me if I’m wrong but in order to even be sued in the first place they’d need to find out who you are first no? Uploading free scripts It should be pretty easy to stay completely anonymous.

Sadly being anonymous on the internet is a illusion since about 10 years or more.
Generaly the amount of data that a funscript file has in it the files are very small sending them over more of site protocols and ways.

On other notes where it gets more tricky in my eyes is beats from triple A music work that are in some files from CH funscripts maybe. very fine lines - big company´s trying to attack company´s that sell devices that have the ability to be configured to sync to funscripts are in much more pain being attack by a Big Company.

FOMO like chance that companies go after a privat commercial distributional seller without a company like SLR being his “employer” are stupid low comparing to other things you might do wrong without noticing in every day life.

FOMO is just pretty bad nowadays. a good Thread with something everybody had on his mind at some point probly but not something to worry about.

Just wanted to update you guys on the progress:

There were some few more cases here and there. It’s not Wild West anymore and there’s no room for pirates. More is yet to come

American legal system doesn’t care who’s right or wrong, only who has the most money and best lawyers.

sadly i imagine that most legal systems are like this too

A post was merged into an existing topic: Concerns over video in TikkTok Gym Thots 2

Is Nordvpn any good? I use nord currently

Nord has had controversies in the past and it depends on who you are.

I personally use surfshark.

I used to use express until they sold.

mullvad and perfect privacy are considered the top tier VPNs

Without such explicit right obtained from copyright holder you are not allowed to distribute scripts.

I’m a lawyer in the US (also a lifetime member of SLR). I’d like to know the basis for a claim that a scripter cannot sell a script for a video as long as the scripter is not selling or giving away the video.

To me, this seems like saying that a musician cannot sell a recording of a composition and suggest that purchaser listen to the music while viewing a particular movie.

And I don’t see the harm to the video producer when the script user obtains the video through a legal transaction.