I would like to inform you, that CzechVR is currently hiring new funscript scripters willing to work for commission creating scripts for our hardcore videos.
Our proposal is simple - we offer to pay one-time fee as a commission for every script you create. The script will then be free to share and it will also be present in our member’s section. It cannot be sold anywhere - from the very beginning we believed in keeping our scripts free to download from any sources and we have no intention of changing this approach. The reason why we want to pay commission, is to have those scripts created in the first place. Also - why not get paid for your hobby, right?

In case you are interested in cooperation with CzechVR, please contact me either over PM or on my email: affiliates -at- czechvr -dot- com and we can discuss the terms. We are looking for longer-term cooperation.

If you read all the way here, then thank you for your time and have a nice day!

6 posts were split to a new topic: CzechVR hiring scripters

Just get your videos up on SLR and these will be scripted for free by community. We are working on campaign to build up scripting community providing headsets and sex toys for qualified script creators. Also introducing 55% revenue share for script vendors and multiscripts for the same video by different vendors.

Script creators should be making thousands of dollars from their scripts as the industry is expanding.

That’s the way to go! Hope you will succeed

Are you serious? Great comment if you want to snatch scripters from them.

CzechVR even without new scripts have the best free library of quality funscripts there is. You know people create scripts outside slr too? If they would wait long enough I’m pretty sure eventually scripts would come up anyway, same for naughtyamerica, virtualtaboo and others studios that are not on slr. And if they want to provide scripts for all their scenes hiring a guy to do that is a great idea, otherwise you will end up like your originals that mostly don’t have scripts.

Not going into any discussion, just factually correcting: O̶r̶i̶g̶i̶n̶a̶l̶s̶ ̶a̶r̶e̶ ̶9̶0̶%̶ ̶w̶i̶t̶h̶ ̶s̶c̶r̶i̶p̶t̶s̶. It could be seen right from the interface. Also not every scene deserves a script. That’s how eco-system works. Not sure why so angry.

Hiring someone in-house is probably the best idea for CVR as currently there’s no decent script creators labor market. We are building one.

Update: my data on scripts number didn’t seem to be correct. Sorry about that.

Originals are 90% with scripts

That’s a lie. Look at your newest scenes. Only 2 out of 24 have scripts. That’s like 9% rounded up. Maybe you meant that 90% of your originals are WITHOUT scripts: 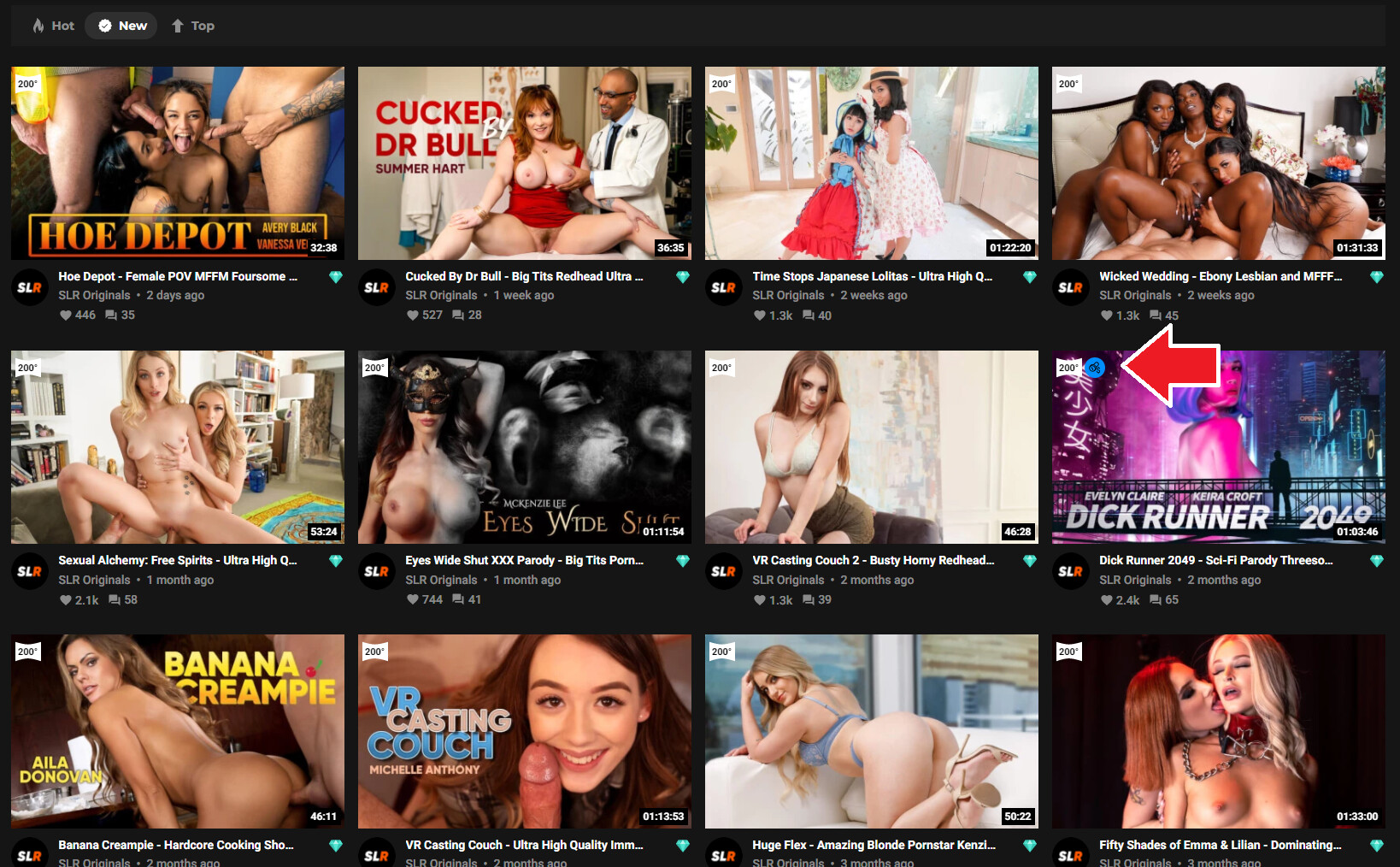 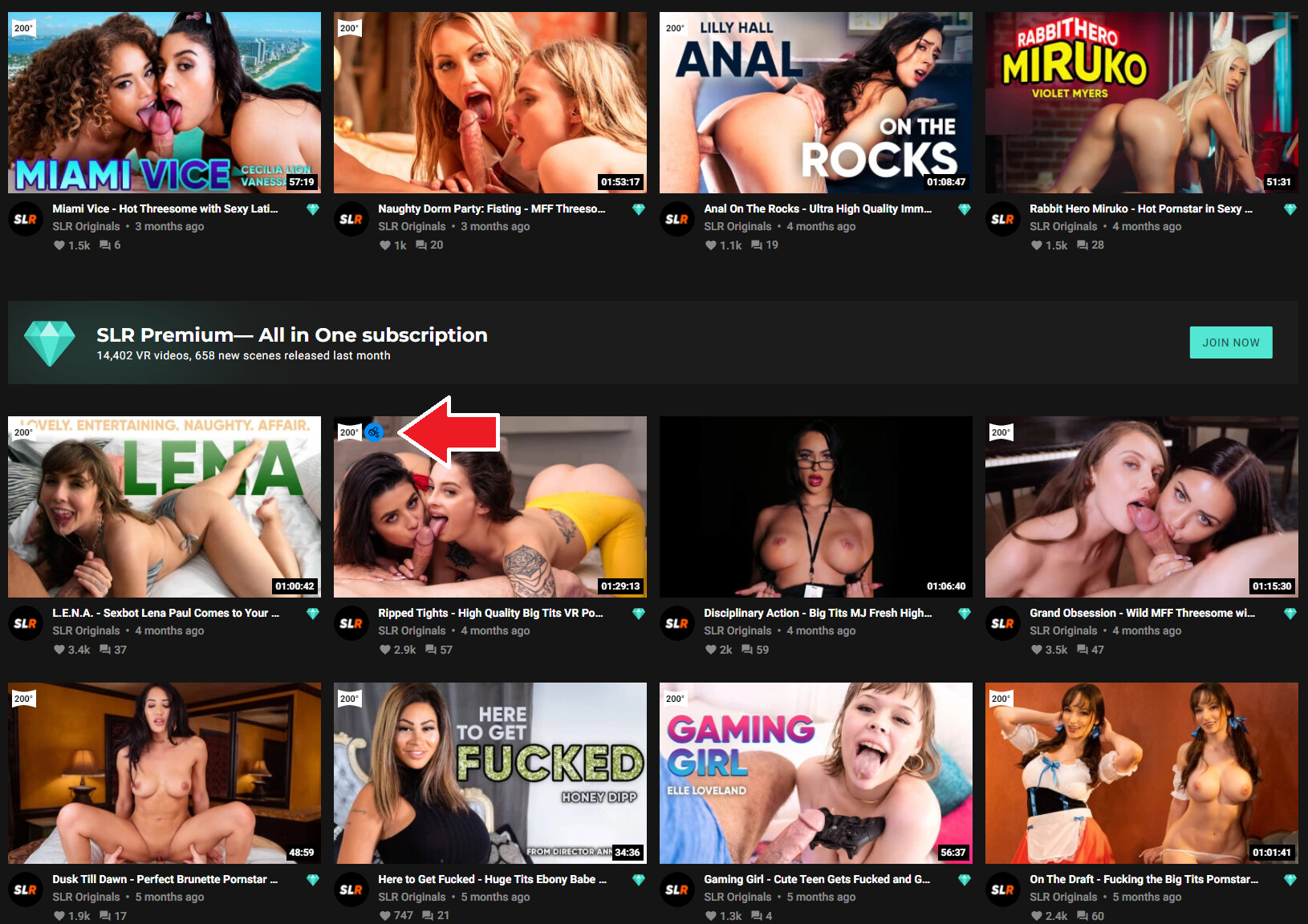 Your comments under other studio hiring thread is ridiculous. Interfering with other studios buisness shouldn’t be tolerated here. I don’t see CzechVR commenting under your hiring thread, @moderators?

Checking on the number

Just get your videos up on SLR and these will be scripted for free by community.

The price of this would be, that our members would have to pay for the script. That’s a big “no-no” for us. We started this from the very beginning and intend to keep going the same way - scripts for our members will be free of charge.

There’s nothing bad paying for scripts.
What I’m saying is that interactives landscape is evolving with big changes to come as we advance in technology and creating an eco-system.

To give you a classics example of retail first separating from landlords then moving to virtual space. I wouldn’t be that orthodox on providing scripts for the videos by content producer as this is not how things work.

With the same logic we should have stopped support of scripts from your site in our Apps, but we didn’t do this.

If everyone would be like that there won’t be much progress around.

No one is forbidding you to cash on the scripts you make in any way you like - as long as the content producers do not mind, you’re fine - but we will not do it. We have our own business strategy and that’s it. This is why we paid for creation of scripts for our HC videos and why we will continue to do so. We will have scripts free for our members - simple as that.

Your scripts are created with Raser software, watched with our apps. It’s probably about time we stop supporting it so you can add some few more things to your business strategy

Well, now you are just embarassing yourself. Some scripts were done by @Realcumber so I’m pretty sure part of the earnings went to @raser1 as well.

But by all means @doublevr just chill, it’s Sunday

. I don’t know why you have to be so hostile towards CzechVR.

I don’t know why you have to be so hostile towards CzechVR.

It’s this kind of competition which I talked about earlier…

Your scripts are created with Raser software, watched with our apps. It’s probably about time we stop supporting it so you can add some few more things to your business strategy

There are also other apps that can play VR videos/scripts.

Just having a profound debate on the matter. We talked privately before that. Didn’t expect things go there.

Just to be clear CzechVR is a great company even if we disagree on these things.

As you guys praise them for giving away scripts for free you are actually getting a wall garden - we can’t sell their videos or scripts to their videos even if there are creators that want to submit these on SLR.

As you guys praise them for giving away scripts for free you are actually getting a wall garden - we can’t sell their videos or scripts to their videos even if there are creators that want to submit these on SLR.

I mean you don’t really expect people to yell: “Yes! Let us pay for each script individually!”, do you?

There’s no exclusivity for Realcumber to script Originals. As you can see there’s plenty of unscripted Originals.

I mean you don’t really expect people to yell: “Yes! Let us pay for each script individually!”, do you?

I would, because it’s the only way to make things work like iPhones. It wasn’t such a good experience some years ago.