After a while you loose a bit of oversight, what video(s) you already added to what playlist or not.

Big props to @Liquid for creating this program, I think the people at Handy and Fleshlight owe you some $$$

ONE HUNDRED PERCENT THIS!

Not sure if I have missed it in settings or not. Is there a toggle in settings so that ScriptPlayer would wait for the Handy to finish downloading the script before playing the video?
I have been pausing and rewinding the video manually.

Is there a toggle in settings so that ScriptPlayer would wait for the Handy to finish downloading the script before playing the video?
I have been pausing and rewinding the video manually.

There’s no toggle that I know of. The script will play immediately over bluetooth though.

I tried using the iniface to connect to the Handy, but somehow they don’t behave/move in the same way.
I sort of prefer connecting to the Handy directly.

What could help though is, creating different folder in Windows and then putting the videos and script into that folder and then just load the folder into SciptPlayer.

Could cost some space though, if you want to have the same video for different playlists.

I thought about something like that, but I have about 2TBs of videos on a newly purchased 4TB external hard drive that needs to last me for the remainder of the year. If I start making multiple copies of videos for playlists then I can almost immediately kiss that brand new 4TB HDD goodbye. It also doesn’t resolve the issue of just going “click” (save as), “click” (select playlist) to save playlists on the fly when I see something that belongs in a playlist.

Yeah, that’s true. Especially longer full hd+ videos are eating some space. Before scripts it wasn’t much of a problem and there was not much reason to download any videos. But now with scripts, you need all the videos and the space. I hope that script streaming gets better over time and a playlist feature like this will be implemented.

Hoping someone can provide some advice. I feel like I’m missing something.

Viewing the video in again DeoVR successfully loads 1234 - TEST.funscript but does not load 1234 - TEST.mp3. How can I get the estim audio to load?

Even more odd, if I then switch the video playback back to DeoVR (making no other changes in ScriptPlayer) and resume the video in DeoVR, both 1234 - TEST.funscript and 1234 - TEST.mp3 will remain loaded and resume in sync with DeoVR. While this is an OK workaround, it would be ideal to load the estim audio without depending on a local copy of the reference video. 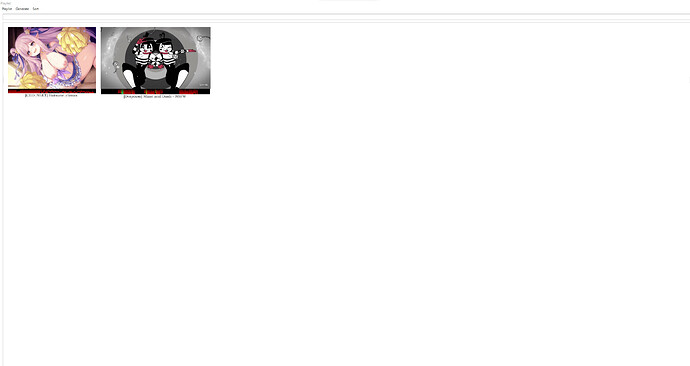 Submissions on EroScripts are increasingly using heatmaps generated from funscript.io. Their heatmaps show vertical height and include some metadata (duration, speed, actions). Additionally, I believe the way they calculate speed takes into account action magnitude, rather than only using action frequency. I have several scripts where ScriptPlayer’s heatbar is basically a red rectangle, while funscript.io’s heatbar has much more detail.

1167×378 31.7 KB
This script is a bit of an outlier, it basically tries to make sine waves so there’s an INSANE number of points. But it illustrates my point.

For whatever it’s worth, here’s defucilis saying that speed is “the number one most important metric that determines whether [they’ll] enjoy a script or not”: Add speeds to tags? - #6 by defucilis

I’d love to have easy access to good heatbars locally, rather than downloading from EroScripts (what if I edit the script and want to update the heatmap) or making them on funscript.io (requires internet connection, no batch generating).

You could probably go a bit further and include the script title in the generated image (why not). You could even go way further: (optionally) include thumbnails along with the heatbar, since you’re generating previews anyway, so you have one single easily shareable file that previewing both the video and script. This could make browsing large local script collections a much better experience.

Sounds like you are using an old version - the height should vary in ScriptPlayer too, although not as detailed.

Some heatmaps from the current version:

All my handy-related code is open-source, feel free to copy at will ;D

This is the script responsible for rendering heatmaps, it should be reasonably easy to reimplement in other languages since it doesn’t do much javascript-specific stuff. Just calculating colors based on position changes between two actions and rendering a bunch of little rectangles

Hi,
not sure if I can request something to be added here or in GitHub so I’m doing both

could you please look into adding Potplayer to the supported video players?

this video player is very optimized for basically everything especially to play VR videos on a 2D screen
additionally, it has a lot of features and is customizable.

I know you have Whirligig for VR but unfortunately, it doesn’t work great for touchscreens, it’s a bit buggy.

here’s the link for the official website https://potplayer.daum.net/
Please let me know if you have any questions regarding its usage.

thank you for your work.

Well, I’d say that’s a solid maybe eventually.
There are so many things people have asked for (including several players) that I still haven’t done yet …

It might happen, but don’t expect it to happen soon.
(And only if the player has a suitable API of course)